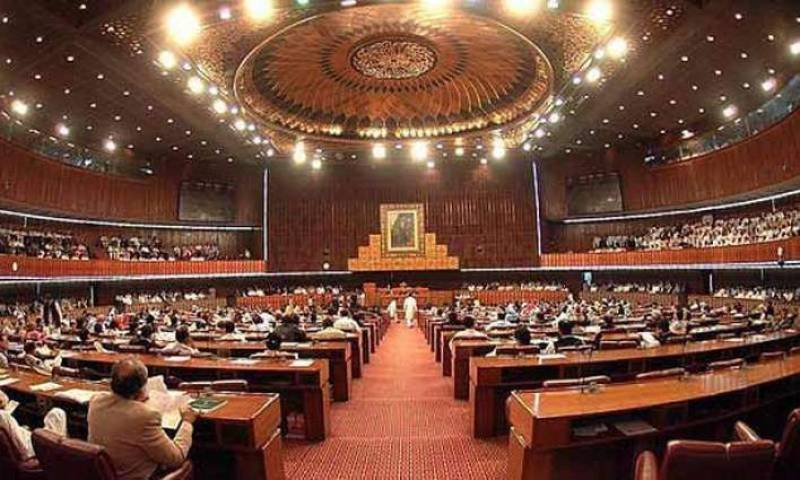 ISLAMABAD - The opposition parties on Friday withdraw a no-confidence motion against National Assembly Deputy Speaker Qasim Suri while the government Govt takes back 11 ordinances, passed by the Assembly on November 7.

Speaking in the National Assembly, Pakistan Muslim League-Nawaz (PML-N) leader Khawaja Asif said the decision has been taken following the government and the opposition agreed to bring legislation on important matters with consensus.

Earlier, Defence Minister Pervaiz Khattak said that meetings with the Opposition over the last few days have proved to be very effective and both the sides have agreed to move forward with consensus to ensure smooth functioning of the Parliament.

He said the sanctity of the House will be upheld with the cooperation of the Opposition parties.

It merits mentioning here that these Ordinances were passed by the House last week but the opposition members had lodged a protest on the procedure of their passage.

On the occasion, treasury and opposition members welcomed the posture by the government and opposition to move forward on the matter of legislation with consensus.