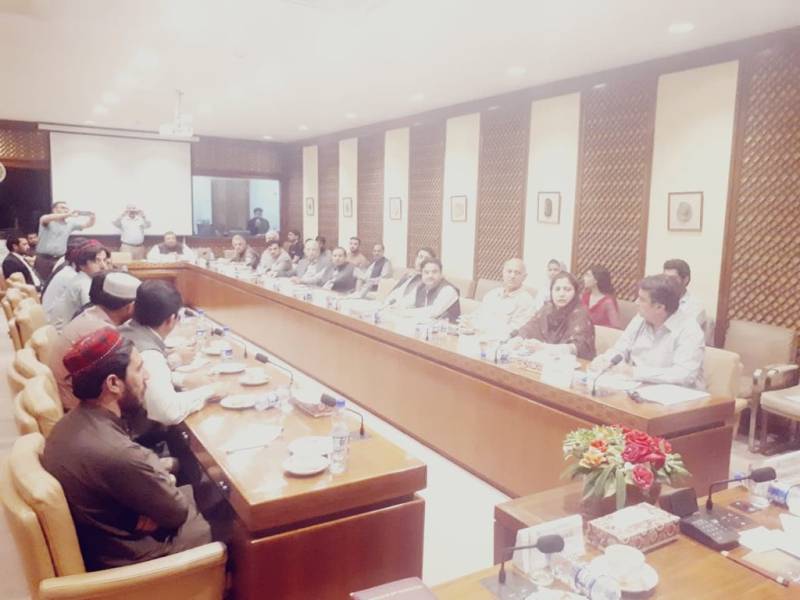 A statement issued by the Senate secretariat said both the sides openly expressed their views over a series of issues; the very first formal meeting between the Senate members and PTM representatives lasted for three hours.

Senator Mushahid Hussain dubbed the meeting 'historic' and explained that the dialogue was cordial and candid.

In a series of tweets, Hussain detailed that his fellows wanted to listen and learn, terming the first step of dialogue a ‘glimmer of hope’.

According to well-placed sources, the legislators assured Pashtun Tahaffuz Movement's representatives of addressing their reservations in an in-camera briefing.

Pashteen and Dawar demanded that the landmines should be cleared and missing persons should be recovered besides setting up a truth and reconciliation commission.

On the other hand, the senators demanded the PTM to nominate a focal person for meetings with the representatives and present their demands in writing to the committee.