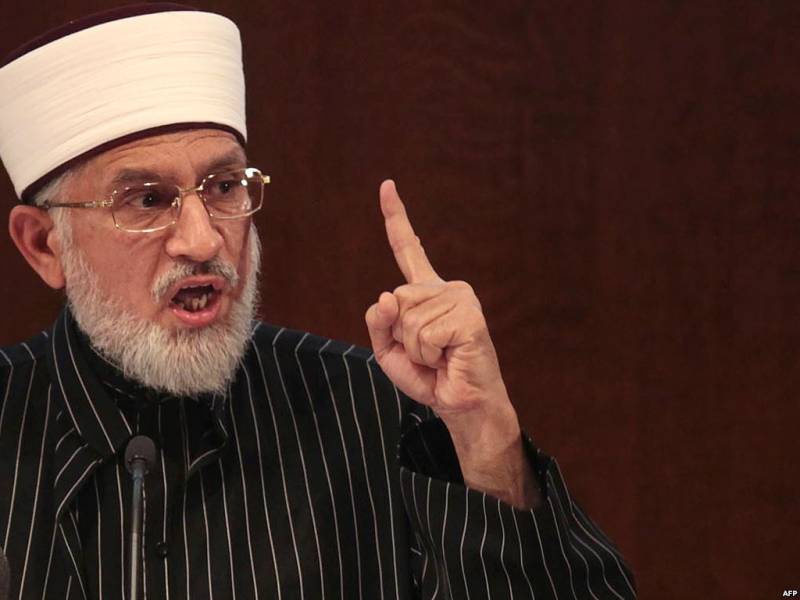 LAHORE - Pakistan Awami Tehreek (PAT) is set to stage a sit-in to get justice for martyrs of Model Town incident in Lahore on Wednesday (today).

Preparation for dharna has been completed, while container of PAT chief Dr Tahirul Qadri has arrived at the Istanbul Chowk on Mall Road despite a bar from the Lahore High Court and city administration.

Roads have been closed from Lahore Museum to Istanbul Chowk for traffic. A heavy contingent has been deployed for the security of the protesters.

Today, the LHC again took up the case filed by a union of traders against rally at the Mall Road and directed the Punjab government, petitioner and PAT to settle the issue on their own. The court further added that decision will be announce by it if parties failed to settle it.

Resuming case after short adjournment, the LHC allowed PAT to hold sit-in on the area, specified by the party.

On Tuesday, Dr Tahirul Qadri said in an interview to ARY News that the sit-in would be staged as per schedule on August 16.

Dr Qadri said that the Lahore High Court (LHC) did not bar Pakistan Awami Tehrik (PAT) from staging a rally at Lahore’s Mall Road. This kind of disinformation is deliberately disseminated by the Punjab government, he added.

The decision came on a petition filed by the traders’ association, which had submitted that the court had itself decided that there would be no rallies on Mall Road over security concerns.

LAHORE - The Deputy Commissioner (DC) of Lahore has turned down Pakistan Awami Tehreek's (PAT) request to stage a ...

Following the decision, it was announced by a party leader Khurram Nawaz Gandapur that sit-in will be staged at Istanbul Chowk, which does not fall under the jurisdictions of Mall Road.

On August 12, Tahir ul Qadari in a press conference said the widows and daughters of the martyrs have decided to stage a sit-in to get justice. Meanwhile Qadri asked the Chief Justice to set up a bench to review the Justice Baqar Najfi report on the Model Town incident.