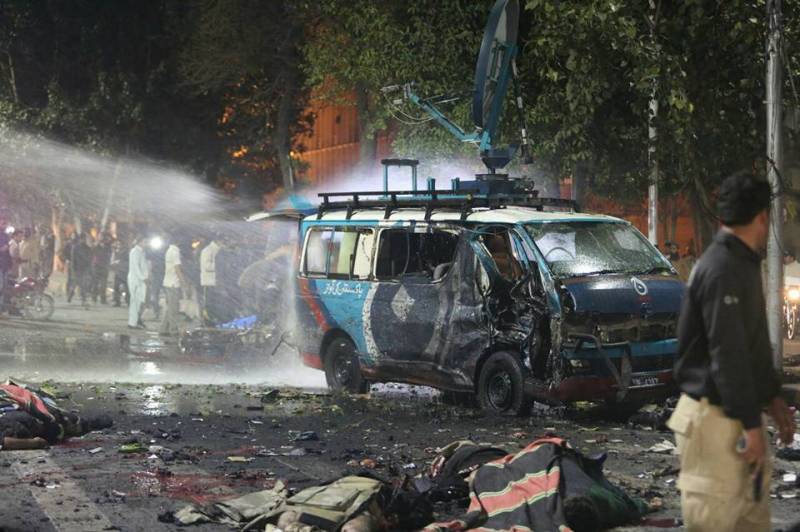 LAHORE - On Thursday security agencies released a picture showing one of the alleged facilitators of the Charing Cross suicide bombing that killed at least 14 people including two senior police officials and injured more than 80 people.

A Rs1 million reward has also been announced for information about the suspected facilitator.

A Joint Investigation Team, formed by Punjab government, is probing the suicide attack that was carried out a splinter group of terrorist organization Tehrik-e-Taliban Pakistan (TTP).

The JIT, which is functioning under Additional IG CTD Rai Tahir, consists of teams from ISI, IB, CTD, CIA and Police.

During first 72 hours of the attack, the law enforcement agencies have also arrested two alleged facilitators from Dera Ismail Khan and Lahore. The suspects have been moved to an undisclosed location for interrogation.

Police have also released a sketch of the suicide bomber made with the help of eyewitnesses.