Khawaja brothers to be indicted next month in Paragon city case 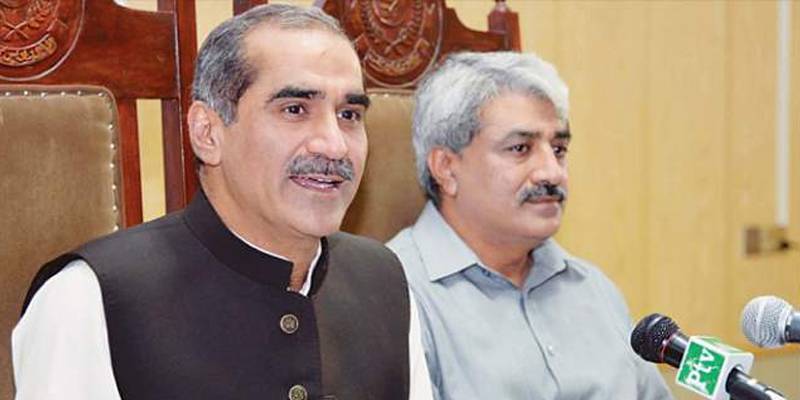 Khawaja brothers were produced before Accountability Court Judge Syed Jawadul Hassan at the outset of the proceedings.

The copies of the reference were provided to Khawaja brothers during the proceedings, whereas the court observed that the accused would be indicted on the next date of hearing.

The NAB prosecutor also submitted a report about co-accused, including Nadeem Zia, Umar Zia and Farhan Ali. He stated that the process had been started for declaring them absconders in accordance with the court directions after they failed to appear despite being summoned.

Subsequently, the court adjourned further hearing till August 8, while extending judicial remand of the accused.

Besides Khawaja brothers, Nadeem Zia, Umar Zia and Farhan Ali were also nominated in the reference. The reference stated that the Khawaja brothers through their "benamidars" and with the abutment of former MPA Qaiser Amin Butt and Nadeem Zia established a housing project in the name of Air

The project was later converted into a new housing project namely Paragon City Pvt Ltd, which NAB said was an illegal society and not approved by Lahore Development Authority.

Former railways minister and his brother received monetary benefits of Rs 58 million and 39 million respectively from the society through proxy firms under the garb of consultancy services, it added.

It is pertinent to mention here that Khawaja brothers were arrested on Dec 11, 2018 by the Bureau. A Lahore High Court bench had dismissed post-arrest bail petitions of Khawaja brothers on June 18. However, they had not approached the Apex Court in the matter yet.