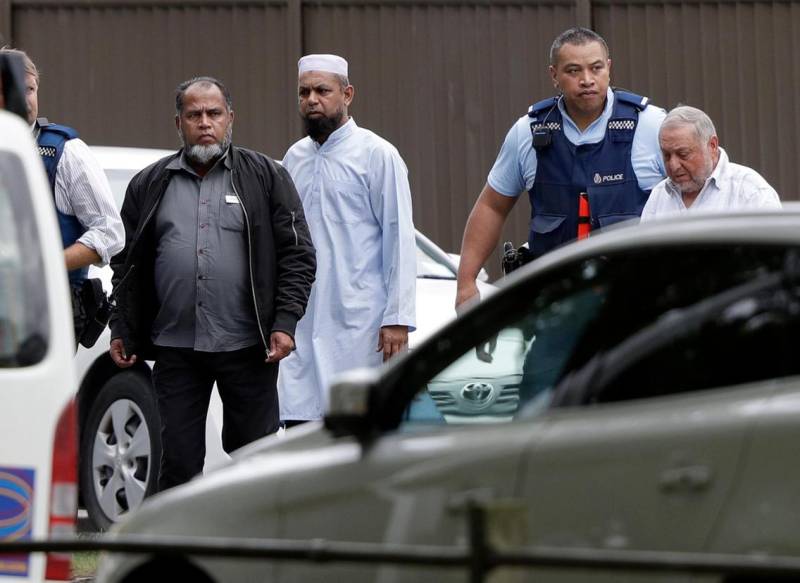 The spokesperson said that three more Pakistani's, "Mr Raza, his father Mr Ghulam Hussain and mother Ms Karam bibi have now been confirmed to have embraced shahadat in the terrorist attack in #NewZealand."

In a previous tweet, the FO spokesman said “one Pakistani injured identified as Muhammad Amin Nasir, DOB: 01-10-1951, from Hafizabad.”

The spokesman added that “He is in ICU and remains in critical condition.”

Terrorism in #NewZealand: One Pakistani injured identified as Muhammad Amin Nasir, DOB: 01-10-1951, from Hafizabad. He is in ICU and remains in critical comdition. #pakistanagainstterror

WELLINGTON - A Pakistani origin man, who tried to disarm Australia-born gunman during an active shooting at a mosque in ...

The deputy high commissioner said that the government had shut all the mosques in New Zealand after the Christchurch attacks.

Forty-nine people were killed after a gunman opened fire at two mosques in the New Zealand city during Friday (Jumma) prayers. Forty-one people were shot dead at the Deans Ave mosque, seven were killed at the Linwood Ave attack, and one person shot in the second mosque attack died in hospital.

New Zealand Police Commissioner Mike Bush confirmed on Friday afternoon that police had arrested four people, three men and one woman, after the gunman shot at worshippers as they gathered for Friday prayers. He added he wouldn't "assume that the threat is over".

Bush also confirmed that reports of improvised explosive devices being strapped to vehicles had been deemed safe by defence force personnel.

The footage, filmed with a head-mounted camera, showed him firing indiscriminately at men, women and children from close range inside the mosque.

Police called on the public not to share the “extremely distressing” footage online. Facebook said it had removed the gunman’s Facebook and Instagram accounts and was working to remove any copies of the footage.

Following the Friday’s attack, Prime Minister Scott Morrison confirmed the man was an Australian citizen and described him as a violent, right-wing extremist terrorist. He said he had been briefed on the dossier.

"It is the work of hate, I've got no other way to describe it," he said. "What's born of hate is never good." 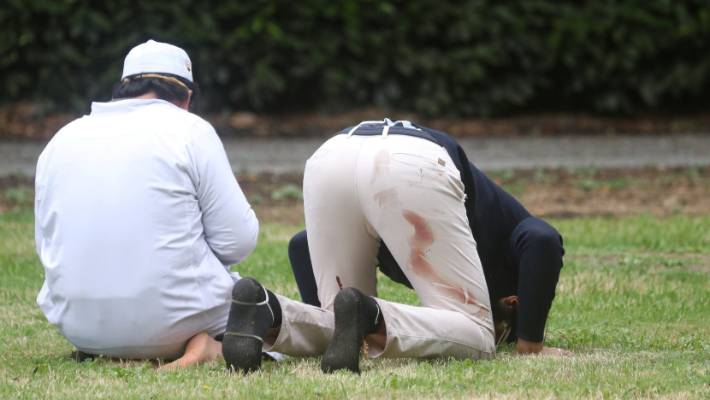 New Zealand Prime Minister Jacinda Ardern, speaking from New Plymouth, said it was "one of New Zealand's darkest days", describing the incidents as "an unprecedented act of violence".