Bodies of three Pakistani victims of New Zealand attacks to be brought back: FM Qureshi 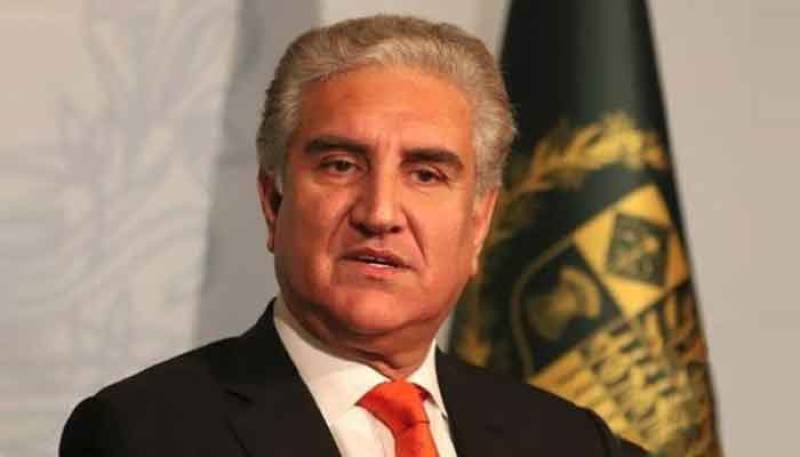 ISLAMABAD - Foreign Minister Shah Mehmood Qureshi said on Saturday that bodies of three Pakistani martyrs of Christchurch terror attacks would be brought back.

The minister, in an interview to a private TV channel, detailed that the families of the victims had requested to bring back bodies of their loved ones to Pakistan, while relatives of two victims wanted their burial in New Zealand.

"So far six Pakistani martyrs of the attacks had been identified, while three were missing," Qureshi said as he assured that the government would fully cooperate in bringing bodies back to the country.

Regarding the three missing Pakistanis, Qureshi said they would be identified through DNA testing, which would take some time.

"One injured Pakistani citizen was in precarious condition and being treated in the ICU of a Christchurch hospital," the minister added.

Meanwhile, the spokesman for Foreign Office of Pakistan, Dr Mohammad Faisal, said the foreign minister had directed for all possible help and assistance to families of deceased and missing Pakistani citizens.

Pakistan is making high-level contacts with the government of New Zealand as Foreign Secretary Tehmina Janjua also spoke to New Zealand Ambassador in Tehran Hamish McMaster, who is also accredited to Pakistan as well.

The foreign secretary conveyed condolences on the tragic loss of lives in the terrorist attack in Christchurch mosques and requested for facilitation in assisting families of affected Pakistanis.

"The country’s gun laws will change in the aftermath of the attack on Christchurch mosques," she vowed.

Forty-nine people were killed after a gunman opened fire at two mosques in the New Zealand city during Friday (Jumma) prayers. Forty-one people were shot dead at the Deans Ave mosque, seven were killed at the Linwood Ave attack, and one person shot in the second mosque attack died in hospital.

Earlier today, the Australian born right-wing terrorist appeared in a local court and was charged with murder following the terror attack which killed dozens of people in Christchurch.

The extremist, identified as 28-year-old Australian Brenton Harrison Tarrant, was to be remanded in custody after his appearance at the Christchurch District Court, with no bail requested.