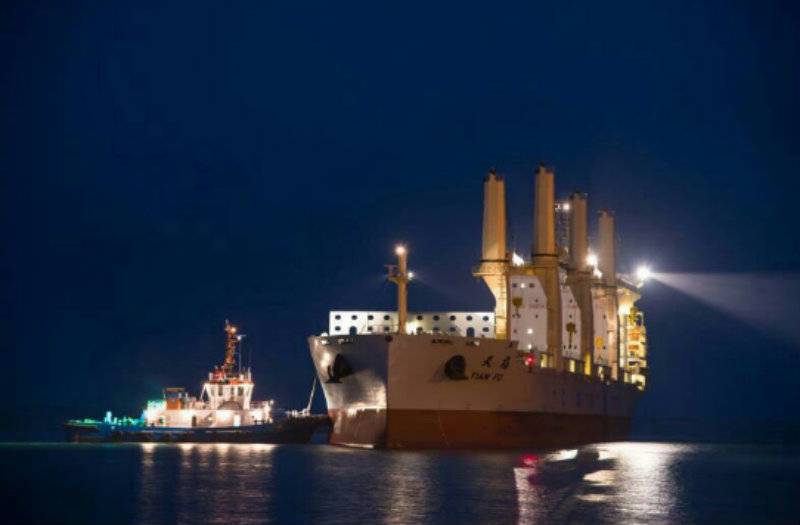 The project is the beginning of a journey of prosperity of Pakistan. The CPEC is about 3000 kilometres long consisting of highways, railways and pipelines that will connect China’s Xinjiang province to rest of the world through Pakistan’s Gwadar port.

Pakistan to get eight stealth attack submarines from China

The arrival of first Chinese ship comes a day after analysts indicated that China may speed up the construction of CPEC, which passes through Azad Kashmir if Pakistan was isolated and cornered by India.

“China has to discuss with Pakistan about the current situation on how to handle and how to come out it,” said Chinese scholar, Hu Shisheng, Director of the China Institutes of Contemporary International Relations affiliated to the Chinese Foreign Ministry.

Mr. Hu was speaking about threats of Pakistan’s isolation in the region and postponement of the SAARC summit after the Uri terror attack in which 19 Indian soldiers were killed.

“China has to further enhance relations with Pakistan if it feels cornered. A cornered regime sometimes will be more desperate, which will not be conducive to political development within Pakistan.

“If Pakistan feels isolated from South Asia, then China will speed up CPEC to instill confidence in Islamabad,” he added.

Gwadar, the nerve centre of CPEC, is fast transforming into an international city. Gwadar has the potential to become a world class sea port and a place which is not only important for Pakistan, but also for the region and the world.