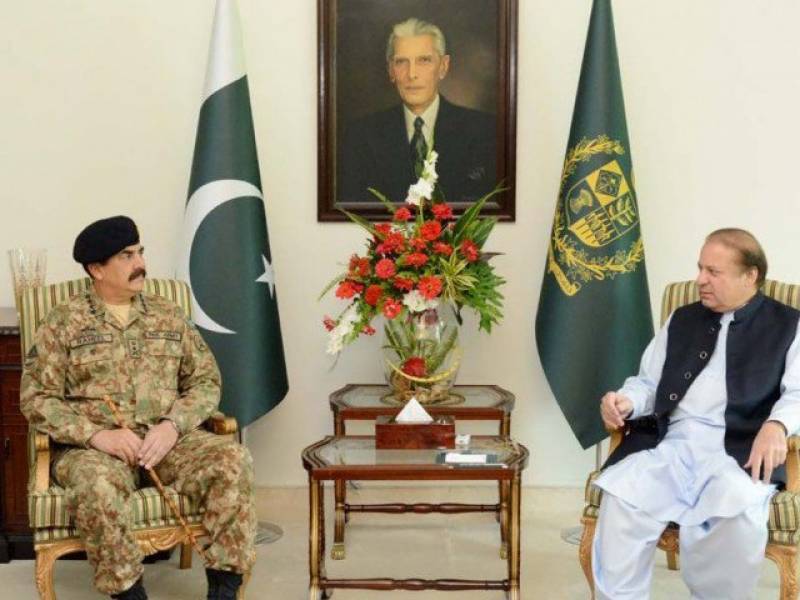 During the meeting, both leaders vowed to continue the war against terrorism in any case. They  also expressed satisfaction over the security situation of the country.

On the occasion, the Prime Minister and the Chief of Army Staff General also discussed other matters pertaining to internal and regional security.

The meeting came as Prime Minister Nawaz Sharif is set to leave for Azad Kashmir, where he will hold meetings and consultations with the leadership of AJK in connection with his upcoming US visit to attend the UN General Assembly annual session.

The premier was scheduled to chair a meeting of country's apex committee on Friday, however, the meeting was cancelled in the wake of his AJK visit.

Prime Minister Nawaz Sharif is expected to raise the Kashmir issue and Indian atrocities in the occupied valley in his address to the UNGA next week.