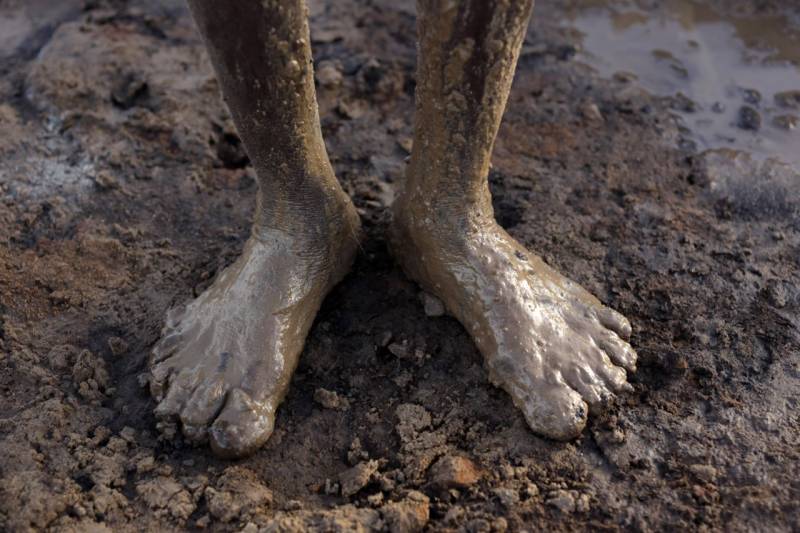 India is the world's largest exporter of labour with 15.8 million Indians working in other countries. Bangladesh ranks 5th with 7.2 million Bangladeshis working overseas while Pakistan ranks 6th with 5.9 million Pakistanis working overseas, according to Pew Research report released ahead of International Migrants Day on Sunday, December 18, 2016. 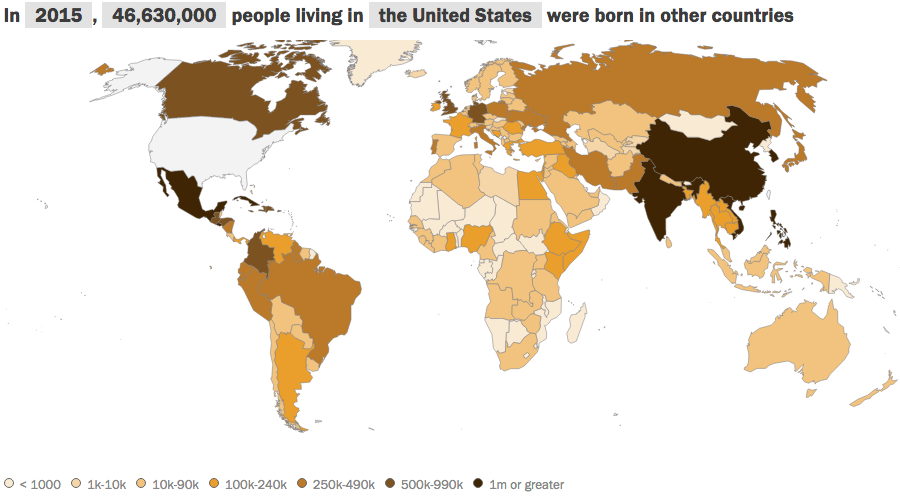 Pew Research reports that nearly 3.5 million Indians live in the UAE, the world’s second-largest migration corridor in 2015. While most of the migration is from low and middle-income countries to high-income countries, the top 20 list of migrants' origins also includes rich countries like the United States (ranked 20), United Kingdom (11), Germany (14), Italy (21) and South Korea (25).

Here is the list of top 20 countries of origin for international migrants:

The world population is ageing with slowing labour force growth. This is particularly true for the most developed nations experiencing the problems associated with ageing populations and declining birth rates.  In a recent report titled "Asian Economic Integration Report", the Asian Development Bank argued that migration within Asia can help deal with regional labour imbalances. It said: "In Asia and the Pacific, many economies could expand their role as the source or host economy for migrant workers.

Labour supply is still growing in developing economies—such as Cambodia, Indonesia, the Lao People’s Democratic Republic, Mongolia, Myanmar, India, Pakistan, and the Philippines—and they could export labour across the region. In contrast, developed but ageing economies such as Hong Kong, China; the Republic of Korea; Japan; and Singapore are unable to meet labour demand with their dwindling workforce.

Hence, these economies would benefit from immigrant labour. Kang and Magoncia (2016) further discuss the potential for migration to reallocate labour from surplus to deficit economies and offer a glimpse of how the demographic shift will frame Asia’s future population structure, particularly the future working age population. Among the issues explored is the magnitude of labour force surpluses and deficits within different economies in Asia."

Pakistan has the world’s sixth largest population, sixth largest diaspora and the ninth largest labour force with growing human capital. With rapidly declining fertility and ageing populations in the industrialised world, Pakistan's growing talent pool is likely to play a much bigger role in satisfying global demand for workers in the 21st century, which will contribute to the well-being of Pakistan as well as other parts of the world.

With half the population below 20 years and 60 percent below 30 years, Pakistan is well-positioned to 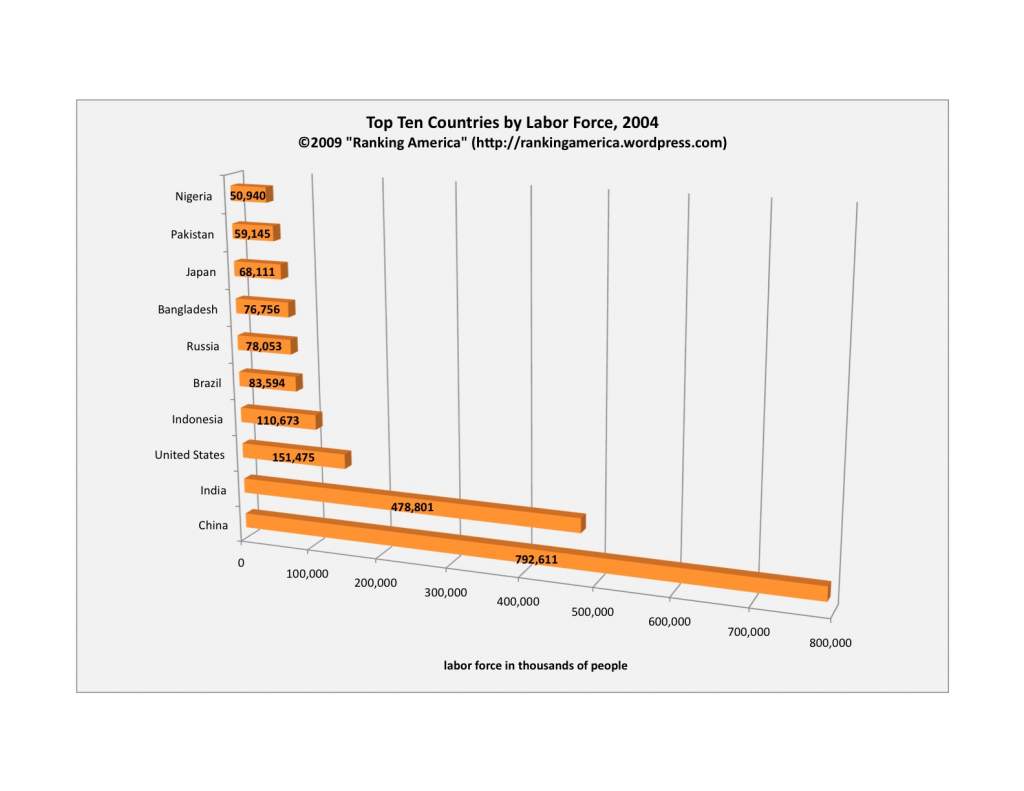 reap what is often described as "demographic dividend", with its workforce growing at a faster rate than total population. This trend is estimated to accelerate over several decades. Contrary to the oft-repeated talk of doom and gloom, average Pakistanis are now taking education more seriously than ever. Youth literacy is about 70% and increasing, and young people are spending more time in schools and colleges to graduate at higher rates than their Indian counterparts in 15+ age group, according to a report on educational achievement by Harvard University researchers Robert Barro and Jong-Wha Lee. Vocational training is also getting increased focus since 2006 under National Vocational Training Commission (NAVTEC) with help from Germany, Japan, South Korea and the Netherlands.

Pakistan's workforce is over 60 million strong, according to the Federal Bureau of Statistics. With 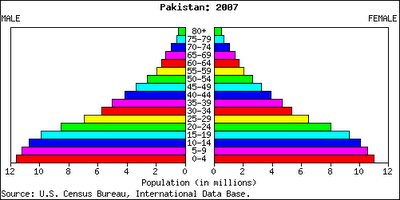 increasing female participation, the country's labour pool is rising at a rate of 3.5% a year, according to International Labor Organization.

With a rising urban middle class, there is substantial and growing demand in Pakistan from students, parents and employers for private quality higher education along with a willingness and capacity to pay relatively high tuition and fees, according to the findings of Austrade, an Australian government agency promoting trade. Private institutions are seeking affiliations with universities abroad to ensure they offer information and training that is of international standards.

Transnational education (TNE) is a growing market in Pakistan and recent data shows evidence of over 40 such programs running successfully in affiliation with British universities at undergraduate and graduate level, according to The British Council. Overall, the UK takes about 65 per cent of the TNE market in Pakistan.

It is extremely important for Pakistan's public policy makers and the nation's private sector to fully appreciate the expected demographic dividend as a great opportunity. The best way for them to demonstrate it is to push a pro-youth agenda of education, skills development, health and fitness to take full advantage of this tremendous opportunity. Failure to do so would be a missed opportunity that could be extremely costly for Pakistan and the rest of the world. 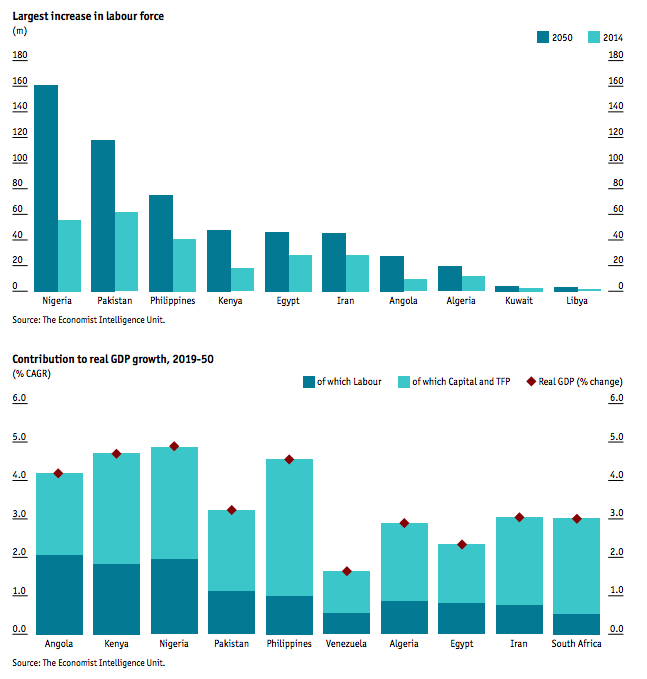 In the high fertility countries of Africa and Asia, family sizes are continuing to decline. And in low fertility countries, family sizes will continue to remain below replacement levels. Why? Because the same juggernaut forces are operating: increasing urbanisation, smaller and costly housing, expanding higher education and career opportunities for women, high financial costs and time pressures for childrearing and changing attitudes and lifestyles. 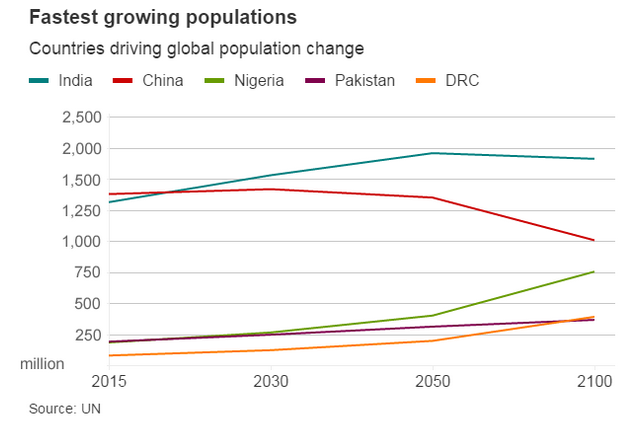 United States is currently at 2.01 TFR, slightly below the replacement rate.  "We don't take a stance one way or the other on whether it's good or bad," said Mark Mather, demographer with the Population Reference Bureau. Small year-to-year changes like those experienced by the United States don't make much difference, he noted. But a sharp or sustained drop over a decade or more "will certainly have long-term consequences for society," he told Utah-based Desert News National.

Japan (1.4 TFR) and Russia (1.6 TFR) are experiencing among the sharpest population declines in the world. One manifestation in Japan is the data on diaper sales: Unicharm Corp., a major diaper maker, has seen sales of adult diapers outpace infant diapers since 2013, according to New York Times. 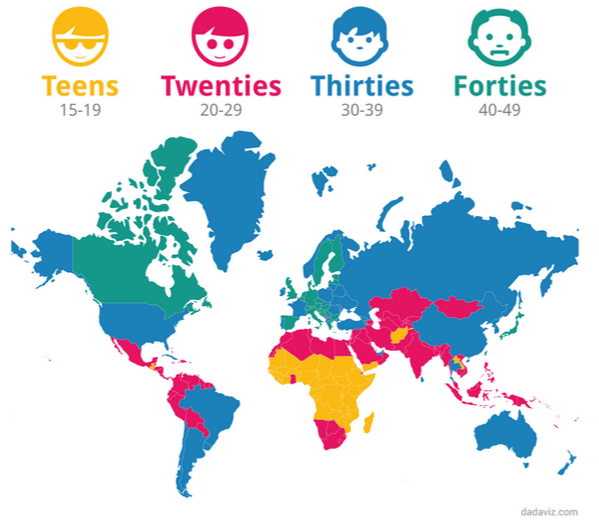 Countries, most recently China, are finding that it is far more difficult to raise low fertility than it reduces high fertility. The countries in the European Union are offering a variety of incentives, including birth starter kits to assist new parents in Finland, cheap childcare centres and liberal parental leave in France and a year of paid maternity leave in Germany, according to Desert News. But the fertility rates in these countries remain below replacement levels.