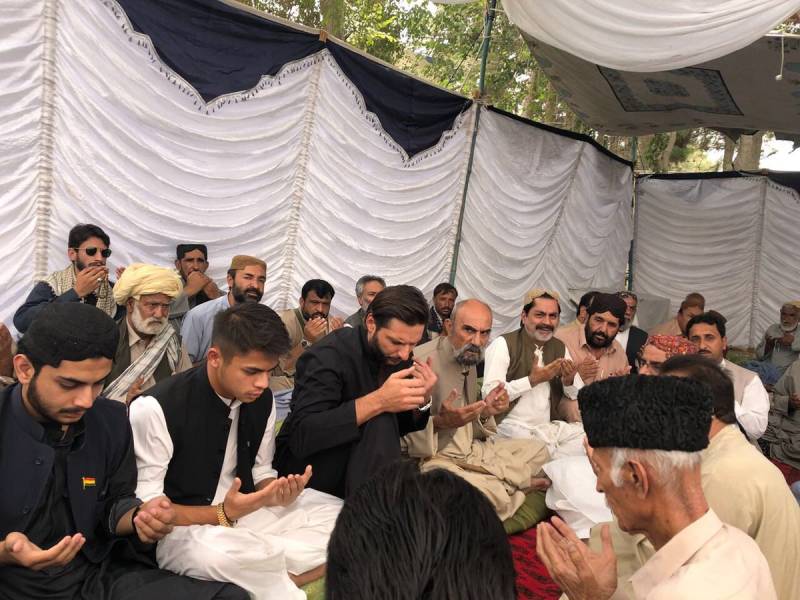 QUETTA - Star cricketer and former skipper Shahid Khan Afridi visited Quetta on Tuesday to condole with the families of the victims killed in Mastung blast.

Afridi visited Combined Military Hospital (CMH) Quetta and also met the family of Siraj Raisani, a leader of Balochistan Awami Party (BAP) who was killed in the blast during his election campaign.

Afridi in his tweet said he met with the family of Siraj Raisani at their residence and condoled with them on their loss.

In #Quetta whr I visited #MastungBlast victims, @SAFoundationN wld do all in r capacity to hlp r brothers. Also met family of Shaheed #SirajRaisani & condoled with thm on thr loss. Noticed change in ppl of B’chstn as they now know & stand united against common enemy of terrorism pic.twitter.com/pwd1gL9NDs

During his visit to Mastung blast victims at CMH, Afridi announced that Shahid Afridi Foundation would do all in its capacity to help the nation.

Afridi also noticed change in people of Balochistan as the as they now know and stand united against terrorism.