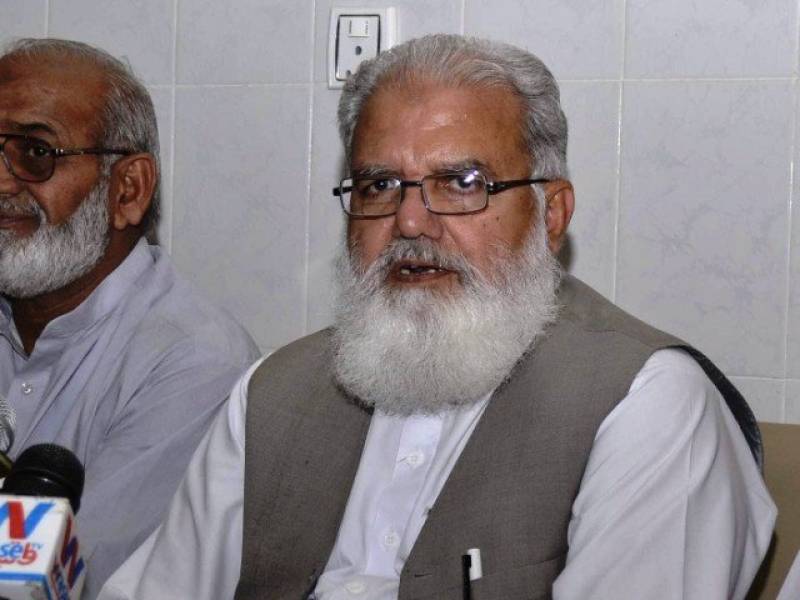 Addressing a press conference on Wednesday, Mr Baloch said that establishment had been doing that practice for the last seven decades, highlighting that it created Convention League to facilitate the victory of Field Marshal Ayub Khan as well.

The politician said that such tactics did not serve the national interest, urging the judiciary and Election Commission of Pakistan to ensure free and fair polls in the country.

Mr Baloch pressed Prime Minister Shahid Khaqan Abbasi and leader of opposition Khursheed Shah to announce the name of the caretaker prime minister at the earliest to avoid confusion.

Over the demand made by former prime minister Nawaz Sharif regarding the formation of a national commission in light of the recent treason allegations against him, the MMA leader said that a person, elected as a prime minister thrice, should be very careful in giving statements on sensitive issues.

The former lawmaker also condemned brutalities of Israeli forces against Palestinians in West Bank and blasted US President Trump for relocating embassy in Jerusalem.

He also appreciated the stance of Turkey for calling back its ambassador from Israel and summoning conference of Organisation of Islamic Cooperation (OIC) to discuss the atrocities of Israeli forces.

Responding to another question, he said that MMA was in contact with other religious-political parties to make them part of the alliance and would submit an application with ECP for allotment of book as election symbol.

He was confident that MMA would perform well in the next elections and would bag maximum seats.