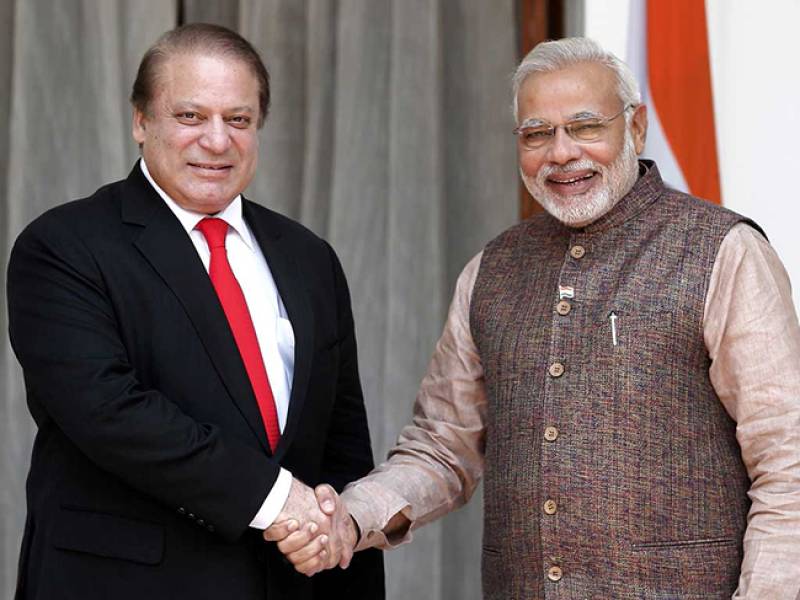 ISLAMABAD (Staff Report) - Prime Minister Nawaz Sharif and his Indian counterpart Narendra Modi are likely to be staying in same hotel in New York during the 69th session of United Nations General Assembly (UNGA), and hence chances of their unannounced meeting cannot be ruled out.

According to Prime Minister's special adviser Sartaj Aziz Islamabad has so far received no invitation from New Delhi for meeting of two prime ministers. "The invitation for any such meeting must come from India because they canceled the recent NSAs meeting scheduled on August 23," he added.

Earlier Prime Minister NAwaz Sharif and Narendra Modi had a meeting on the sidelines of Ufa summit three months ago. They agreed to restore bilateral dialogue in the meeting however the Indian side stepped back from a scheduled meeting of National Security Advisers (NSAs) refusing to discuss any matter other than terrorism.