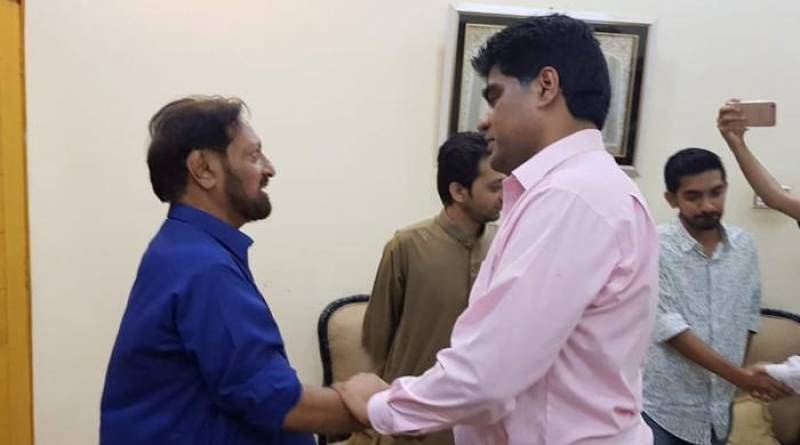 The Supreme Court's public relations officer confirmed the suo moto days after Dawood Chauhan was slapped publicly by the lawmaker in question.

The top court has sought a report from both parties involved in the incident that had stirred outrage on social media.

A video of Shah slapping Chauhan stumped internet on Tuesday. The PTI leadership had taken notice of the incident and issued a show-cause notice to Shah.

Senior party leader Firdous Naqvi had also tweeted that he had launched a probe into the matter and that Shah's party membership had been suspended for a month.

KARACHI - Hours after his father, who was beaten by a newly-elected provincial lawmaker Imran Ali Shah, forgave the ...

"The party membership of Imran Shah will remain suspended until a final decision is made on this matter," Naqvi was quoted as saying.

"In the Naya Pakistan (New Pakistan) of Imran Khan there will be one law for the powerful and weak," Naqvi had said.

meanwhile, Shah had posted a video apologising for "hurting anyone's feelings", and insisting that he had only "pushed" the man, though the video depicted him slapping the citizen.

The lawmaker also visited the house of the victim on the same day and begged apology, however, the son of Dawood Chauhan questioned the role of the state in the matter.

The video, apparently posted by Shah's own account, had showed him hugging Chauhan, and looking apologetic, however, the victim apparently posed mistrust in the judicial system and expressed that he rests his case with Imran Khan - the recently elected Prime Minister.