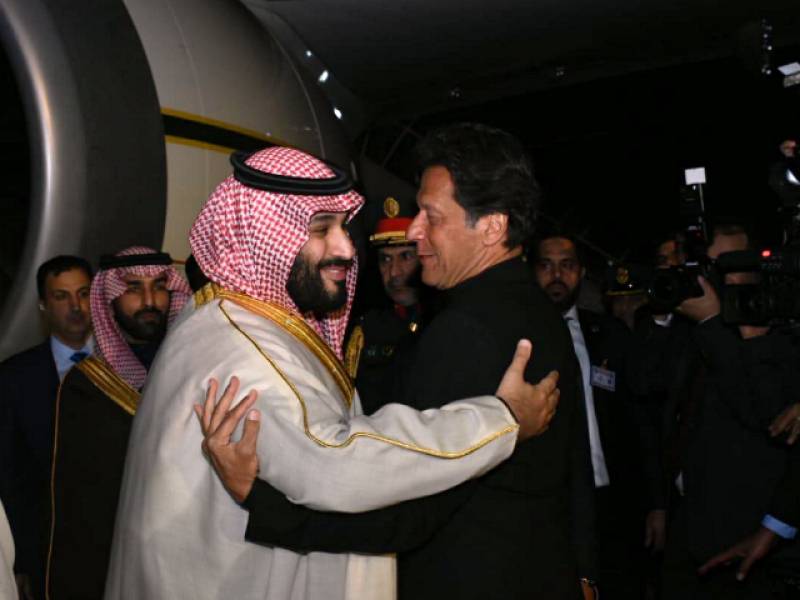 The award would be conferred on the Crown Prince at an investiture ceremony to be held at the Presidency on Monday, Foreign Office Spokesman Dr Mohammad Faisal said in a tweet posted on his twitter handle on Sunday.

The FO Spokesman, in another tweet, said on the initiative of Prime Minister Imran Khan, suggesting a reduction in Saudi visa fee for Pakistani workers, Crown Prince Muhammad bin Salman had generously lowered the fee. “This has come into effect from 15 Feb 2019,” he added.

The crown prince, commonly known as MbS, arrived in Islamabad on Sunday, a day after he was originally scheduled to land. He was greeted by PM Imran and General Bajwa and given a red-carpet welcome with a 21-gun salute.

Saudi Arabia and Pakistan signed a raft of investment deals Sunday worth up to $20 billion.