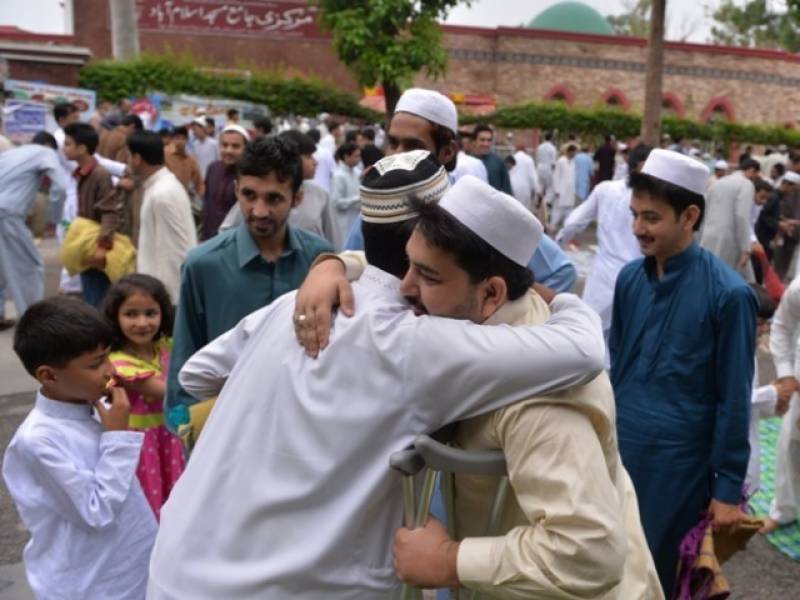 KARACHI (Web Desk) - Eidul Fitr is being celebrated throughout the country with religious fervour and zeal today (Saturday).

Eid congregations were held at open places‚ mosques and Eidgahs in all major cities of the country. 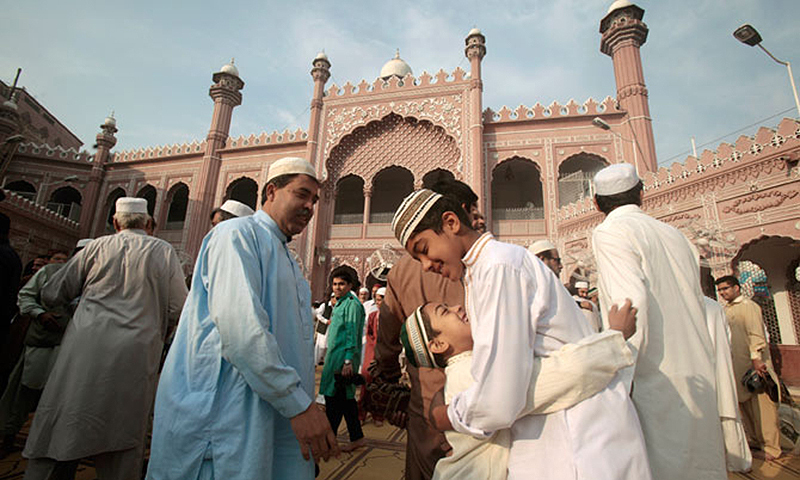 Special prayers were offered for security, progress and prosperity of the country while Ulema, in their sermons, highlighted the significance and philosophy of Eidul Fitr. 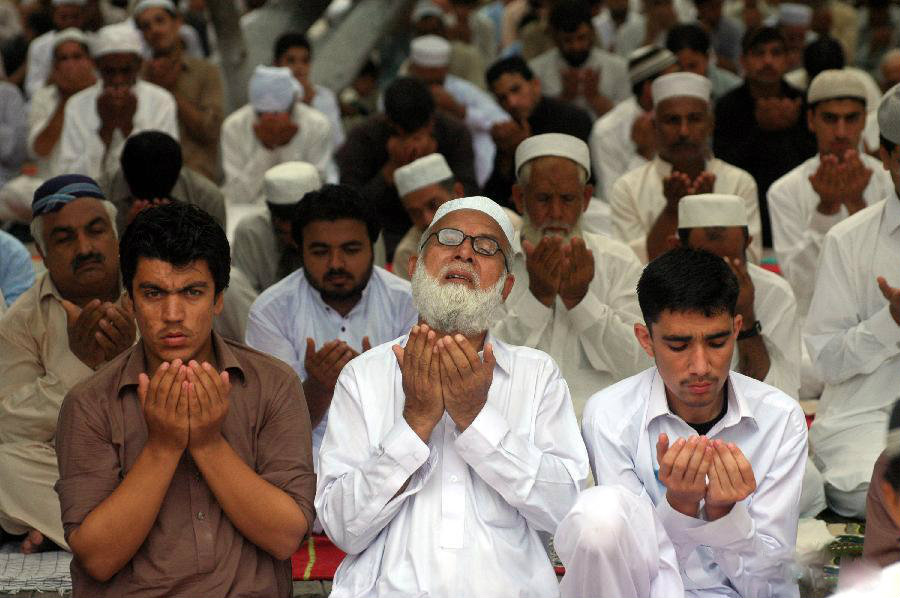 Security has been beefed up in different parts of the country - including the federal capital - to avoid any untoward incident on the auspicious occasion. 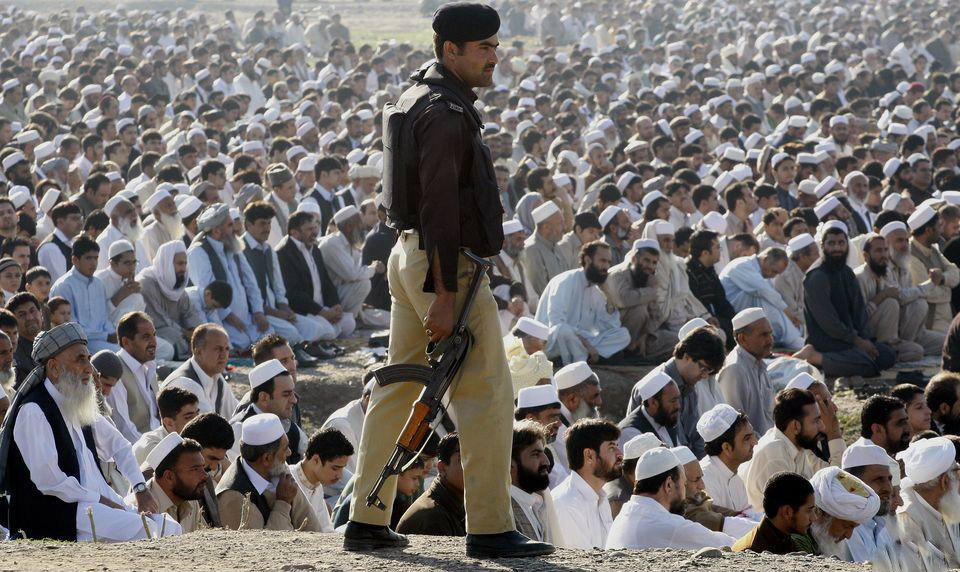 Over 3,000 Eid congregations were held in Karachi and began from 6am. The central congregation was held at the Quaid-e-Azam Garden which was attended by thousands of residents. Approximately 9,000 security personnel were deployed across the city.

In Peshawar, Eid prayers were offered where people prayed for the prosperity of the nation. The largest congregation was held at the Central Eidgah. During Eid prayers security was on high alert in the city. 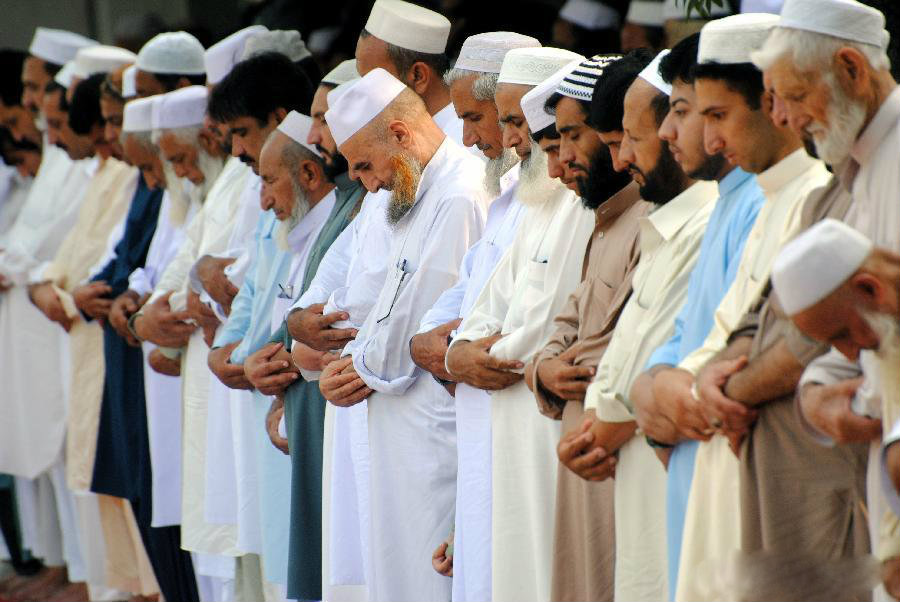 In Lahore, the largest Eid congregation was held at the historic Badshahi Masjid. 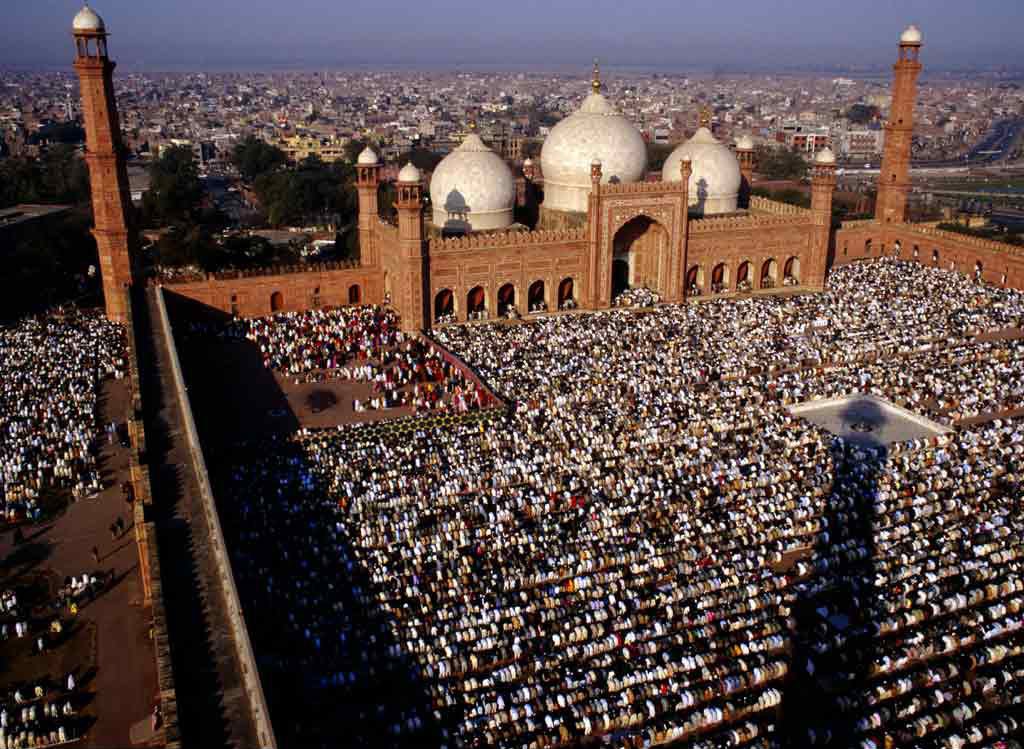 Over 200 Eid congregations were held in Balochistan’s provincial capital Quetta. The largest congregation was held at the Central Eidgah located on Toghi Road which was attended by bureaucrats, former Chief Justice Iftikhar Chaudhry and his son.

President Mamnoon Hussain offered Eid prayers at the Faisal Mosque in Islamabad along with parliamentarians, ministers and diplomats of Muslim countries. The president also congratulated the nation on the festive day of Eid.

Eidul Fitr is a day of happiness for Muslims around the world. In Pakistan celebrations on this day are aimed at promoting unity and affection among the citizens and to create sympathy, harmony and the spirit of sacrifice among them.

On this auspicious occasion, leaders of the nation greeted the citizens and gave their Eid messages, calling the people to unite and fight extremism till its logical end.

President Mamnoon Husain said, “I pray to Almighty Allah to enable us to follow the true teachings of Islam and turn our dear country into a cradle of peace and development, cleanse Pakistan's territory from all kinds of extremism and bless us with His bounties and benevolence.”

Prime Minister Nawaz Sharif, while addressing the nation on the occasion of Eid, said, “We must be cognizant of the sacrifices rendered by our valiant armed forces that are steadfastly and successfully defending the national objective of security and peace of our country.”

The premier also said that we must remember our martyrs who have sacrificed their lives so that the nation lives in peace and tranquility.

“We must bear in mind the travails experienced by the Pakistanis displaced from North Waziristan who will be constrained to celebrate Eid in their camps,” he added. 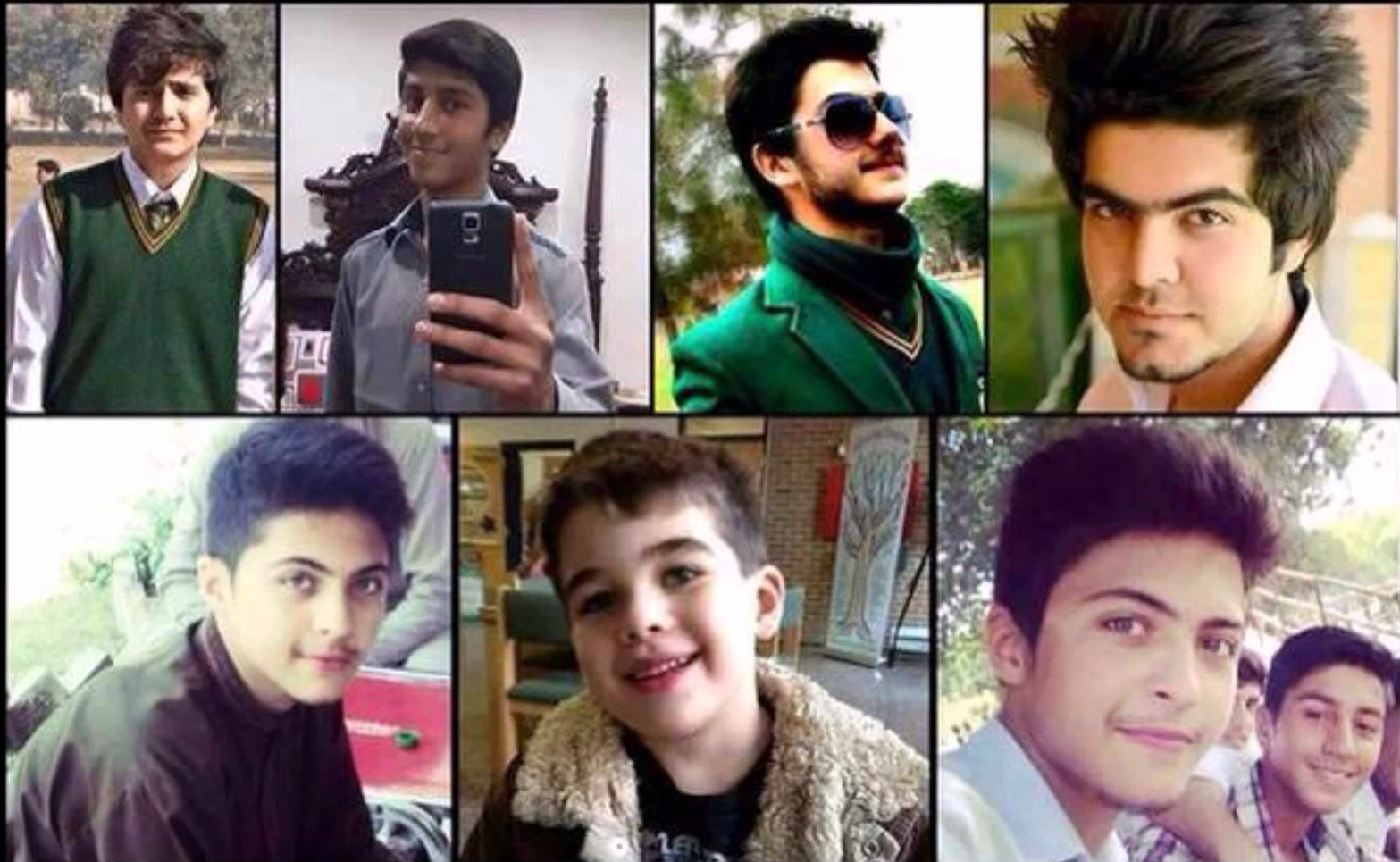 “On this Eid day, our thoughts go out to the martyrs of APS Peshawar who were brutally gunned down by extremists on December 16, as well as to the survivors and to their families.” 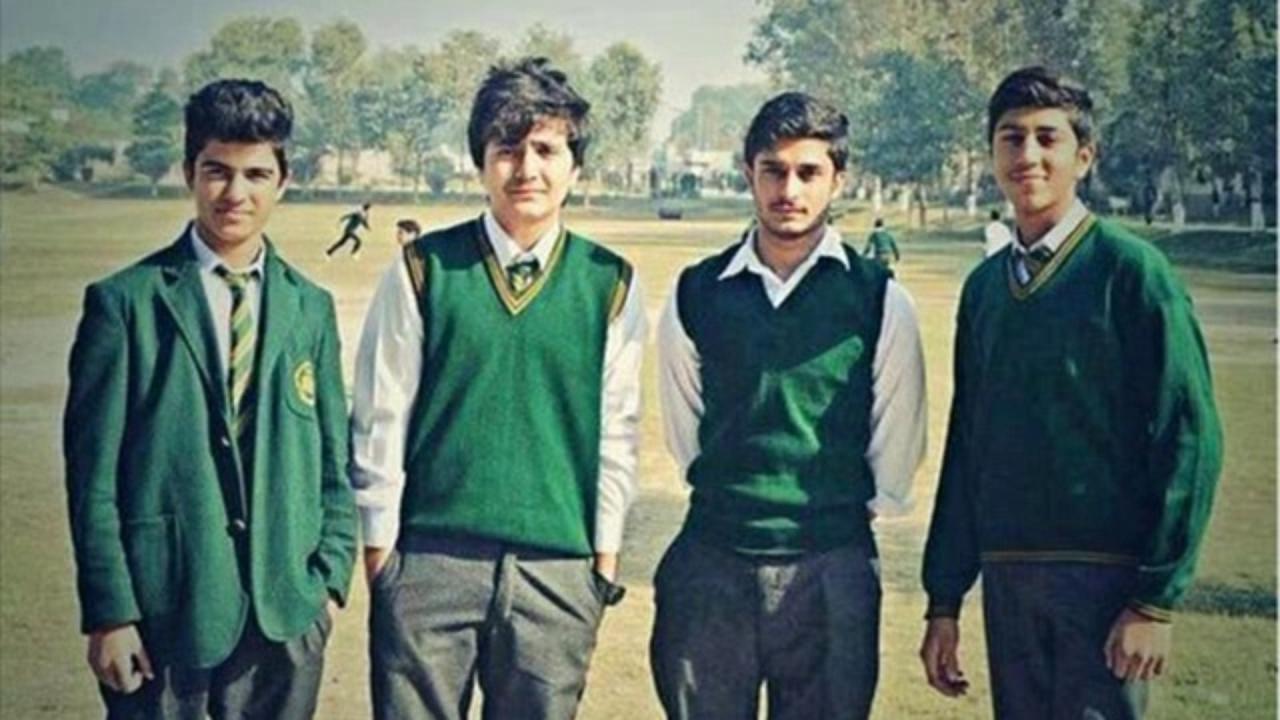 Bilawal said, “We salute these young martyrs. They are our national heroes and heroines. Their courage and supreme sacrifice united the nation like never before in the fight against militancy. We owe it to their memory to take the fight to the door of the enemy and exterminate them from our midst.” 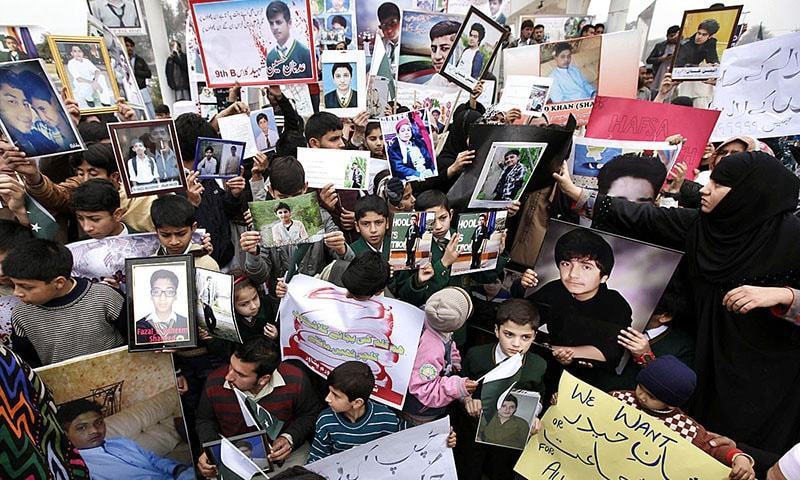 PPP co-chairman Asif Ali Zardari felicitated the Muslims throughout country on the eve of Eidul Fitr. He called upon fellow countrymen not to give in to the extremists and militants and those who exploit the name of religion for their own ends.

“Eid is also an occasion of festivity and celebration. On this festive occasion let us also not forget the poor and the needy,” he said.

Jammat-e-Islami chief Sirajul Haq, in Eid message, asked the wealthy people to adopt austerity on Eid and avoid unnecessary spending and un-Islamic practices. He also urged them to share their joys of the occasion with the poor and the helpless people.