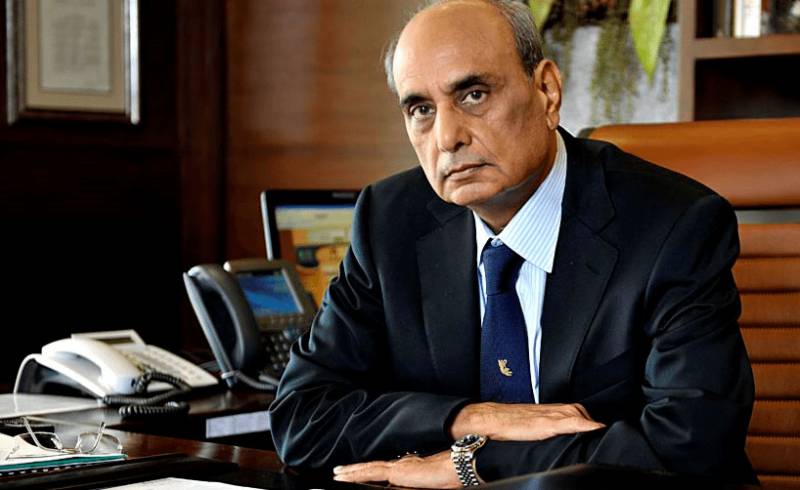 LAHORE – Pakistan’s leading business tycoon, Mian Muhammad Mansha is being targeted by a segment of media over false and defamatory allegations pertaining to the purchase of a luxury hotel in the United Kingdom nearly a decade ago, according to sources close to the matter.

Last week, the chief executive of Nishat Group was interrogated by a three-member team of National Accountability Bureau (NAB) for 45 minutes where he was questioned for the purchase of London’s Saint James Hotel and Club.

The St James's Hotel and Club is a hotel at 7-8, Park Place, St. James's, London SW1A 1LP. The hotel is part of the Lahore-based Nishat Group since it was bought in November 2010. The hotel has fifty-six rooms and twelve suites, many of which have their own terraces, plus a penthouse with a party deck for sixty people.

It has also been revealed that a false and frivolous writ petition WP#358 of 16 earlier was filed with Islamabad High Court by Pakistan Welfare Party through its Chairman Farooq Sulehria (the petitioner/complainant), alleging therein that Mian Mohammad Mansha’s family acquired the St. James Hotel and Club, London in 2010 for total consideration of £60 million, equivalent to PKR 9 billion.

It was alleged in the petition that the funds used for the purchase of this Hotel were not legal; hence a charge of money laundering was levelled against Mr. Mansha’s family, impleading NAB, FBR and SBP as respondents as well. That petition was dismissed being not maintainable because the petitioner/complainant was not considered as an aggrieved party.

“The same complainant has again lodged a complaint with NAB (it is assumed that the allegations remain the same as mentioned in the dismissed writ petition), copy of which has been requested from NAB authorities but not shared till date,” sources privy to the hotel’s acquisition told Daily Pakistan on Monday.

According to the sources, the five-star hotel was purchased in the last quarter of the calendar year 2010 through a holding company in Singapore namely Residentia Holdings PTE Limited. For the foregoing purpose the world’s top professional accountancy firm namely, PricewaterhouseCoopers, United Kingdom (PWC) was engaged. In the light of the valuation conducted by PWC, the consideration for acquiring this hotel was mutually agreed between the parties at approximately £32 million, the sources added.

They further highlighted that this amount was raised by Mr. Mansha’s two sons and daughter-in-law (wife of third son) through a mix of debt and equity, but largely through debt in the name of Residentia Holdings PTE Limited (RHPL), Singapore (100% owned by the aforementioned 3 individuals).

An amount of £5 million was contributed during the year ended June 30, 2011 by these three individuals as equity through their own sources and the remaining £27 million was raised by way of borrowing by RHPL from outside Pakistan. The loans have been settled and, for this, the three shareholders have injected further equity. Total equity represents foreign currency lawfully sent abroad from Pakistan through banking channels out of tax paid income and has throughout been declared in tax returns filed with FBR.

Sources assert that the factual position, already on record, negates both of the allegations, that is as to the consideration settled for this transaction, as well as the involvement of Mr. Mansha and his children in alleged money laundering.

Sources said Mr. Mansha did not only elaborate upon the entire transaction in great detail in his March 14th statement, but also responded positively to all NAB queries and concerns to their satisfaction. He was informed that he might be summoned again if further information was required.

However, a private TV channel put all the focus on the non-appearance of Mian Hassan Mansha and Mian Umar Mansha in the interrogation session.

On the other hand, sources told Daily Pakistan that Mr. Mansha’s sons had received call up notices from NAB to which they responded lastly on 29th September 2018 requesting for the provision of copy of the complaint. Copies of their replies dated 29th September 2018 were also endorsed to Chairman NAB and the Prosecutor General NAB, according to the sources.

Mian Mansha and his Nishat Group has in the past filed claims of damages in a UK court against ARY Network inter alia for spreading malicious and unfounded allegations with regards to money laundering. The court decided the defamation claim in their favour vide its verdict dated 8th June 2018, by awarding damages of £75,000 and legal costs of £200,000.

Now they have urged the media and NAB to show restraint from highlighting such matters unless these are concluded and proved, “as there is no effective expedient remedy available to make good the financial and reputational losses one may sustain due to unfounded, malicious and defamatory media campaigns”.

“To ensure fair proceedings, particularly related to complex financial and legal matters, NAB should allow the alleged accused persons to be represented and assisted by their legal counsels and other internal/external experts relating to the nature of allegations from the initial stage,” they insisted.