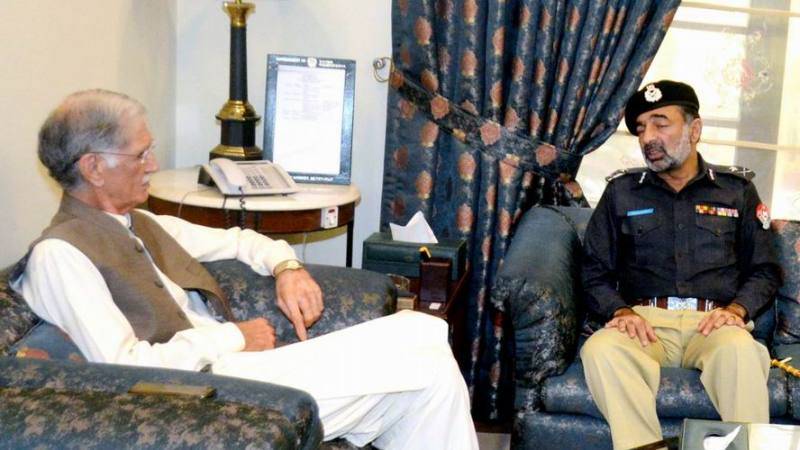 The directives came on Wednesday as the top police official appeared before the Peshawar registry of the supreme court during the hearing of cases related to public affairs.

During the hearing, Mehsud informed the court that 3,000 police personnel were deployed for the protection of non-essential officials in the violence-battered province.

Earlier, when the top cop appeared before the bench, the top judge remarked that he had heard a lot about Mehsud, adding that the province witnessed a lot of bloodshed in the fight against terrorism.

It bears mentioning that after conducting hearings on matters related to the public in Karachi, Lahore and Quetta, the CJP has pointed the nose of aircraft towards Khyber Pakhtunkhwa, currently governed by Pakistan Tehreek-e-Insaf.

In his whirlwind tour, the apex court judge inspected the Al Razi Medical College and ordered the Federal Investigation Agency to seize the record of the Institute for taking exorbitant fees from students.

The chief justice expressed displeasure at the lack of facilities provided to the students following which he proceeded to the Lady Reading Hospital where he visited various wards and interacted with patients.

The provincial chief secretary and health secretary also turned up before the Peshawar registry on Thursday (today) as the CJP started hearings of cases.

During his trip to KPK, the chief justice will also visit the provincial Judicial Academy and address bar members at the Peshawar High Court.