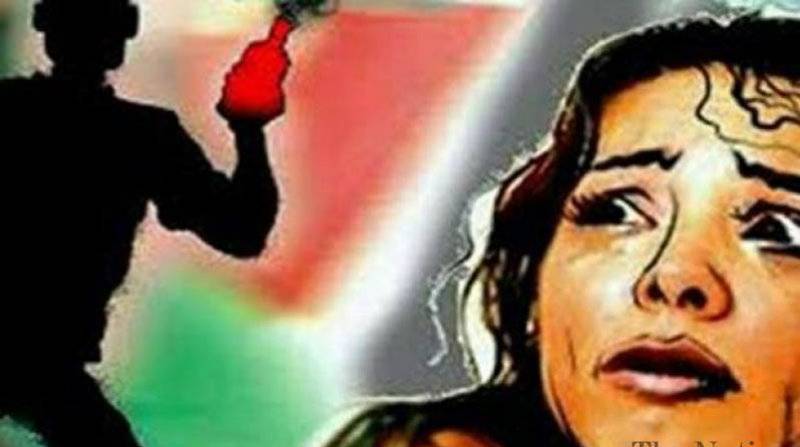 All the three victims - two sisters and another girl - are said to students of the University of Gujrat and were waiting at a bus stop when the men on a motorbike attacked the girls.

The injured have been shifted to Aziz Bhatti Shaheed Hospital where they are being treated for the burns on their faces.

According to police, the prime accused, Qudoos, has been identified as the uncle of the two sisters who were attacked. One of the accomplices has been arrested, while Qudoos is still at large.  Police said that refusing a marriage proposal by one of the victims was the reason behind the attack.

A case has been registered against the suspect and further investigation is being carried out by the authorities.

Chief Minister Punjab Shahbaz Sharif taking notice of the incident directed the district police officer to submit a report on the matter.

Earlier this week, a youth threw acid at a house help after she refused to marry him in an area of Sialkot city.

Accused Rizwan wanted to marry Asima and he went angry on the refusal, the victim’s father said, adding that the accused hurled acid on his daughter to take revenge.

According to the doctors, 90 percent body of Asima was completely burnt in the acid attack and she has been shifted to Lahore due to lack of facility in Sialkot.