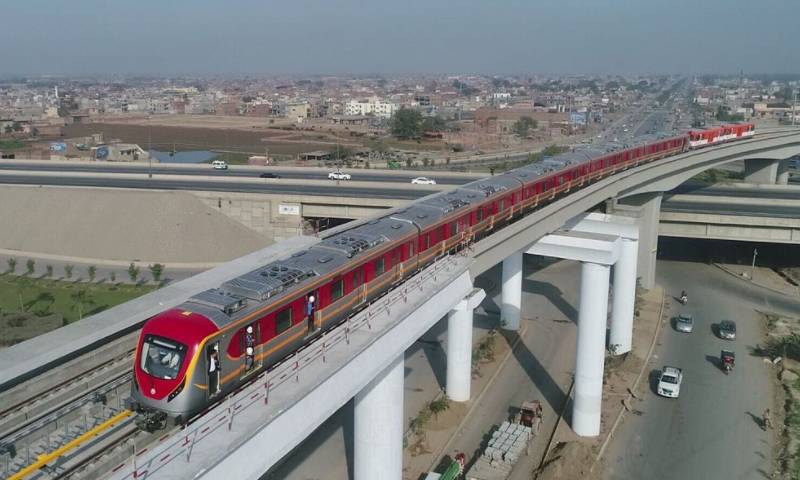 ISLAMABAD – The Supreme Court on Friday expressed annoyance over the delay in Orange Line Metro Train project and directed the construction companies to complete work by May 20.

During the course of proceedings, Justice Gulzar Ahmed also directed the all three construction companies to submit Rs 10 million guarantee each and remarked that the guarantee amount would be forfeited if the project is not finished by May 20.

He hoped this project would be successful and would not come crashing down.

Justice Gulzar expressed concern over current project director Fazal Haleem and observed due to him the work has been delayed.

He directed that Justice (Retd) Jamshed or Justice Abdul Sattar Asghar be made the head of the technical committee. He remarked that the Punjab government should consider if the current technical committee head Justice (retd) Zahid Hussain wanted to continue work.

He remarked that if the contractors do not work, fire them or put them in prison. The project director is apparently being blackmailed by the construction companies, he added.

Justice Gulzar remarked that all three construction companies will give a guarantee of Rs1 billionand it will be confiscated if work is not completed by the scheduled date.

He said that his clients' dues worth Rs 1.5 billion were pending.

Justice Ijaz Ul Ahsan remarked that it is a public interest project and huge funds have been used for metro train project.

Justice Gulzar asked if there is any mechanism to check the quality of construction of the project.

The Project Director said that their consultants were supervising the construction work of Orange Line Metro Train project.

The hearing was then adjourned for two weeks.