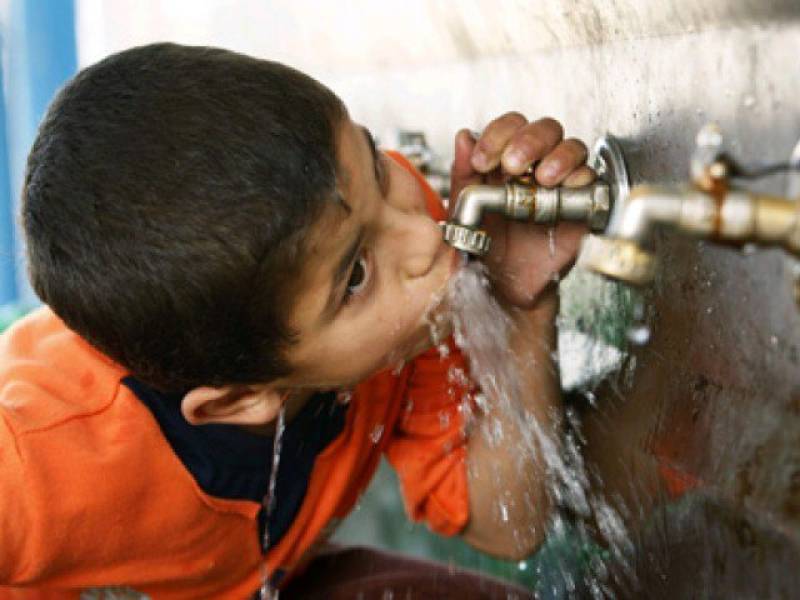 LAHORE - Chief Justice of Pakistan Mian Saqib Nisar expressed concerns over the alarming quantity of arsenic in drinking water in Punjab and directed the chief secretary that after Karachi, it was Punjab's turn to take actions accordingly.

Hearing a suo motu notice on Tuesday regarding the provision of safe drinking water in the province, the CJP inquired what the Punjab government was doing for improvement in health and education sector.

Punjab Chief Secretary Zahid Saeed appeared before the court at its Lahore registry where the three-judge bench reprimanded and directed him to postpone his activities for a week so he could aid the bench while it was hearing cases at the Lahore registry.

The top judge also inquired about the quality of water provided to students in upscale neighbourhoods saying 'private colleges are taking heavy fees'.

The CJP flanked by Justice Ijazul Ahsan and Justice Umar Ata Bandial paid a surprise visit to Mayo Hospital Lahore where they were briefed by the medical superintendent regarding the facilities provided at the hospital.

Mian Saqib Nisar directed that water filtration plants be installed at the hospital so patients and visitors could have access to safe drinking water.

During the trip to the hospital, the Chief Justice warned the chief secretary that recklessness in the health and education sectors will not be tolerated.