Govt to facilitate increase pharmaceutical exports up to $5 billion 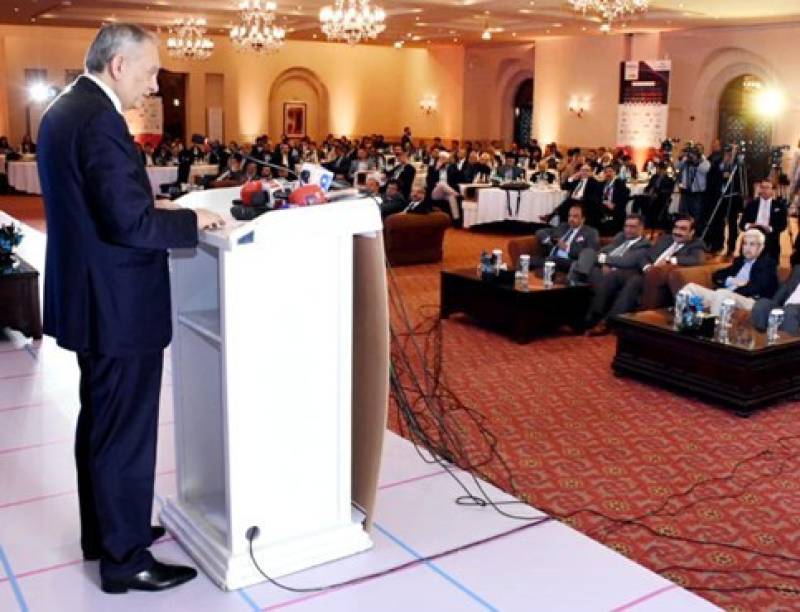 ISLAMABAD - Adviser to the Prime Minister on Commerce Abdul Razak Dawood Wednesday said the government was committed to removing all the obstacles in way of enhancing pharmaceutical exports up to the US $5 billion.

He went on to say that the regulatory system was also being made easy for growing the pharma sector in the country.

He said textile was leading export of the country, but now new sectors including pharma were identified which could enhance the country’s exports.

He said the pharma industry was very important for development and strategy was being developed to reform it for enhancing exports.

Abdul Razak Dawood said African countries have around 1.3 billion populations with $ 2.7 trillion Gross Domestic Product (GDP) and the government also wanted to double country’s trade with them during the next five years.

He urged the pharma sector to look towards African countries for capturing their markets. The adviser said revitalizing the exports of the pharma sector was one of the government’s priorities to boost the country’s foreign exchange reserves.

A special pharmaceutical export promotion committee has also been set up to encourage production and exports of medicines and medical products, he added.

He called upon the pharma industry to come forward in order to enhance the current volume of over $ 300 million exports to over $ 3 billion.

He said, “We are debt crisis and it can get rid off owing to export and export only.” The Adviser also lauded the PPMA for organizing the summit.

Adviser to the Prime Minister on National Health Dr Zafar Mirza has said that the government has already completed work on National Medicine Policy aimed at reforming the pharmaceutical industry of the country which would be announced within next two weeks.

The adviser said the government was committed to reforming the pharma sector and all bottlenecks were being removed in this regard.

He also conceded that there were more difficulties due to the presence of interest groups. Dr Mirza said efforts were also being made that only best possible people could run the regulatory authority.

The adviser also urged the pharma sector to shun the practice of unethical promotion of their certain products.

Earlier, in his opening remarks, Chairman PPMA, Mian Zaka Ur Rehman, said that Pakistan has a strongest pharma industry in all Muslim countries and 98 per cent of country’s requirements were being fulfilled locally.

The pharma sector has witnessed 20 per cent growth in last two year, he said adding that “We could fulfil the requirements of whole the region as the country is blessed with raw materials being used in manufacturing medicines”.

He said there were tremendous opportunities for pharma sector to export their products in African countries.

He said the summit would discuss in detail issues related to functioning, regulation, control, growth, and advancement of the Pakistani pharmaceutical industry.

The current export volume of pharma sector could easily be enhanced to $ 5.4 billion from $300 million, he said.