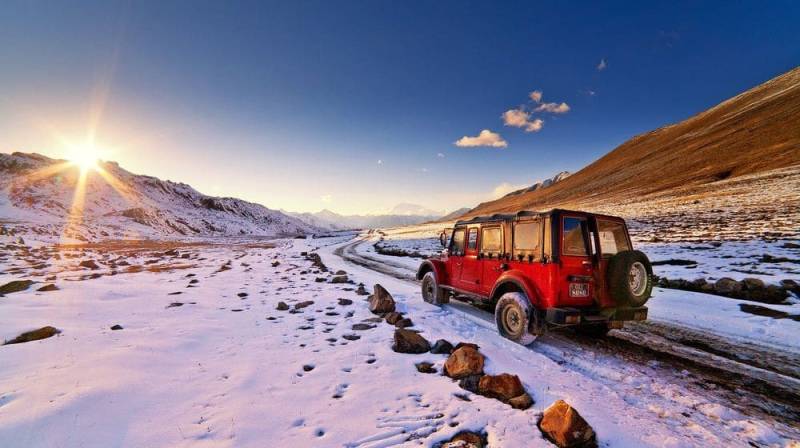 ISLAMABAD - The Civil Aviation Authority (CAA) of Pakistan has announced Friday on-arrival visas for group tourists of 24 different countries to promote tourism in the country.

The authority tweeted a notification, which read that the foreigners would be granted a multiple-entry visa for 30 days if their tour has been organized through designated tour operators in Pakistan. 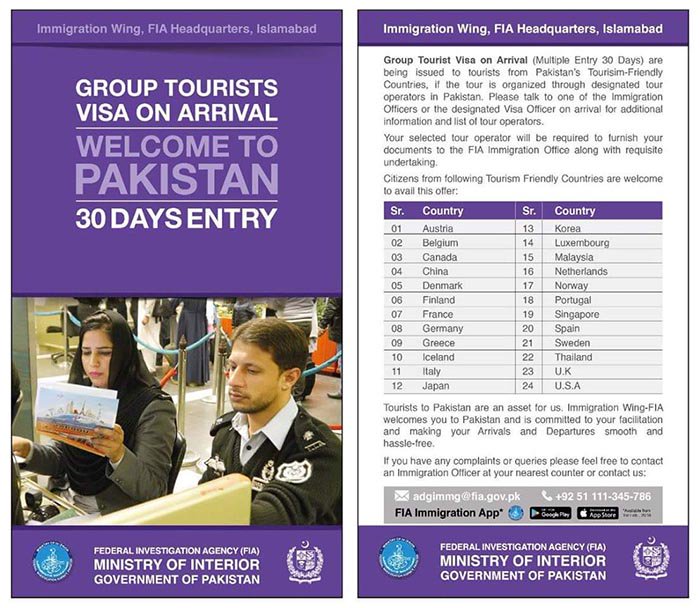 The countries on the list include China, Austria, Canada, France, Germany, Italy, Japan, the United States, Britain, Finland, and Denmark.

“Tourists to Pakistan are an asset for us,” the notification read, adding that the country welcomes the tourists and is committed to making their arrival and departure in the country hassle free.

Managing Director of the PTDC Chaudhry Abdul Ghafoor said that the country will focus on overseas Pakistanis and foreign tourists during 2018.

He said that his department also intends to get hoardings installed at prominent places of big cities including the capital city Islamabad, an industrial city of Faisalabad, and cultural cities of Lahore and Multan.

The PTDC also requested the CAA to set up Tourism Information Desks at all international airports for the guidance of the tourists who will be visiting the country this year.

The move came in the wake of a recent report by a British travel company, British Backpack Organization, which ranked Pakistan as the number one adventure tourist destination of the world.

An earlier report by the PTDC stated that foreign tourists in Pakistan got more than tripled since 2013, mainly due to improved reputation after a reduction in the number of terrorist attacks in the country.