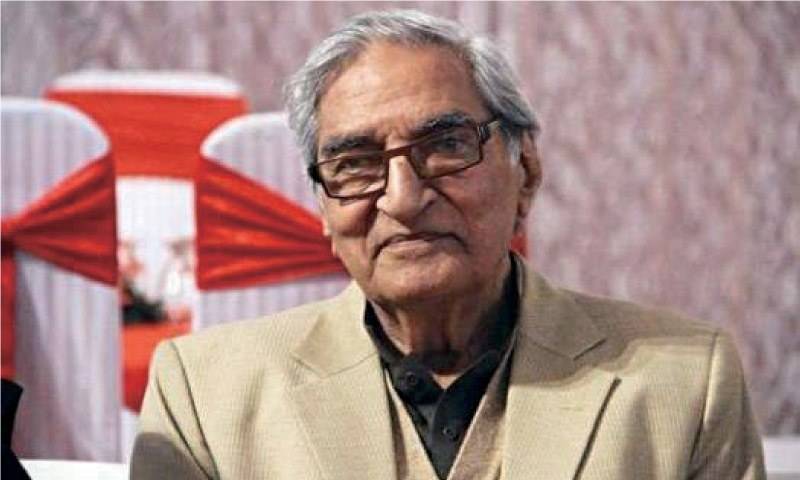 The writer of famous PTV drama, Sona Chandi, took his last breath at a private hospital, where he had been shifted after he suffered from the chest infection and kidney ailment in December.

Funeral prayers for deceased writer were offered at his residence in Rewaz Garden, Lahore after Asar prayer. He will be laid to rest in Miani Sahib cemetery.

Born in 1993 and hailed from Wazirabad, Munnu Bhai started his career by working as a translator for an Urdu language newspaper but eventually developed into a playwright and a dramatist.

Appreciating his performance, he has been awarded Pride of Performance Award by the President of Pakistan in 2007 for his services to the nation.

President Mamnoon Hussain has expressed deep grief and sorrow over the sad demise of renowned journalist, columnist, poet and writer.

Chief of Army Staff General Qamar Javed Bajwa condoled with the family of the famed writer. He said that Munnu Bhai's services for Urdu literature will always be remembered.

Heartfelt condolence to the family and followers of Munnu Bhai. We have surely lost a gem today. A thorough gentleman - he will live on through his writings amongst all of us.

#MunnuBhai no more with us. Sad moment for Urdu literature