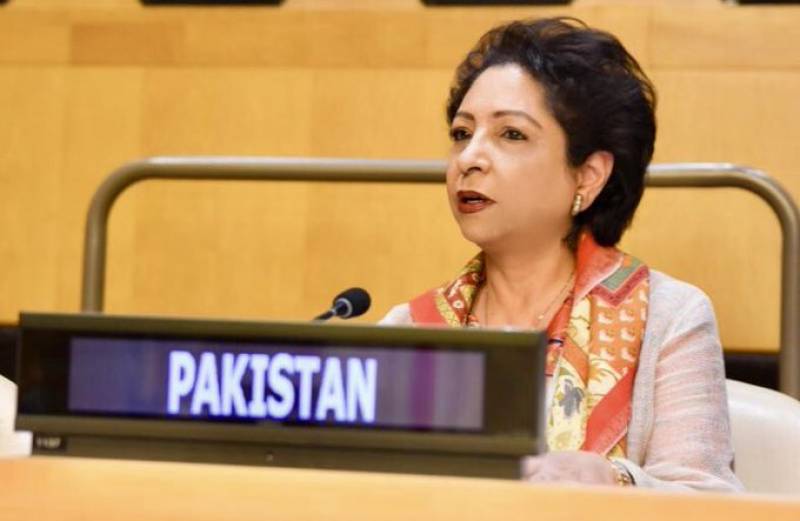 Responding to the launch of the Secretary General’s Strategy on Hate Speech, Pakistan’s Ambassador to UN Maleeha Lodhi called Islamophobia the most prevalent form of racism and religious hatred today, and urged a more focused approach to deal with various expressions of Islamophobia.

Words, she said, don’t just have consequences. “Words can kill.”

Highlighting the unprecedented challenges posed by the misuse of digital technology, Ambassador Lodhi said that social media platforms should not be allowed to become conduits for incitement to violence.

“It is time”, she stressed, “that we evolve ways to ensure that information technology companies are held accountable for the content that incites violence and weaponizes individuals”.

She said just as tech companies have set ground rules that deter use of these platforms by terrorists, corporate responsibility should extend to ensure that harmful and hate-filled messages are not disseminated on social media platforms.

The Pakistani envoy stressed the need to evolve a more focused strategy to deal with the various expressions of Islamophobia.

“For much too long”, Ambassador Lodhi argued, “an absolutist notion of freedom of expression has enabled hate speech to be mainstreamed and to be used as a means, if not a pretext, for vile expressions to prosper”.

Ambassador Lodhi pointed out that in many parts of the world, including in Pakistan’s own region, hate speech was being employed to secure narrow political and electoral gains.

“An inevitable consequence is to fan the flames of bigotry, intolerance, anti-Muslim hatred and xenophobia”, she added.

Underscoring that government intervention is required to fight this phenomenon, Ambassador Lodhi called for legislation at the national level to curb hate speech.

“To tackle hate speech”, she emphasized, “a ‘whole of government’ and a ‘whole of society’ approach is needed”.

Ambassador Lodhi also asked the Secretary General to engage with a wide range of actors, including governments, civil society and social media companies to take action and stop social media users being directed into online sources of radicalization.

She concluded by saying that the launch of the UN Strategy on Hate Speech, will help in addressing the complex question of how to respond to intolerant, inflammatory and prejudiced narratives that are stoking racial and religious fears, and stressed the need for follow up on such efforts.