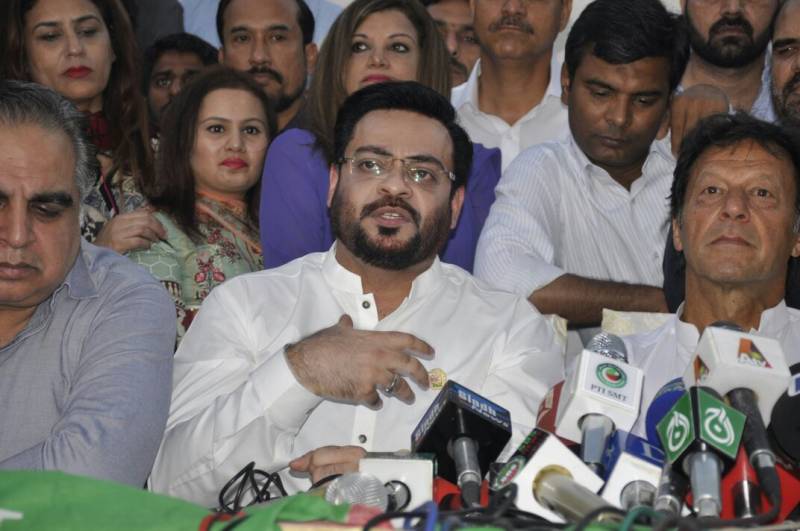 Hussain formally announced joining PTI in a joint presser along with Imran Khan in Karachi on Monday.

He thanked Imran Khan for his support and said that PTI is the last party that he will ever join.

During the press conference, Hussain also said: "I had earlier left behind siyah-sat (a dark trade), and now I am starting siyasat (politics)." 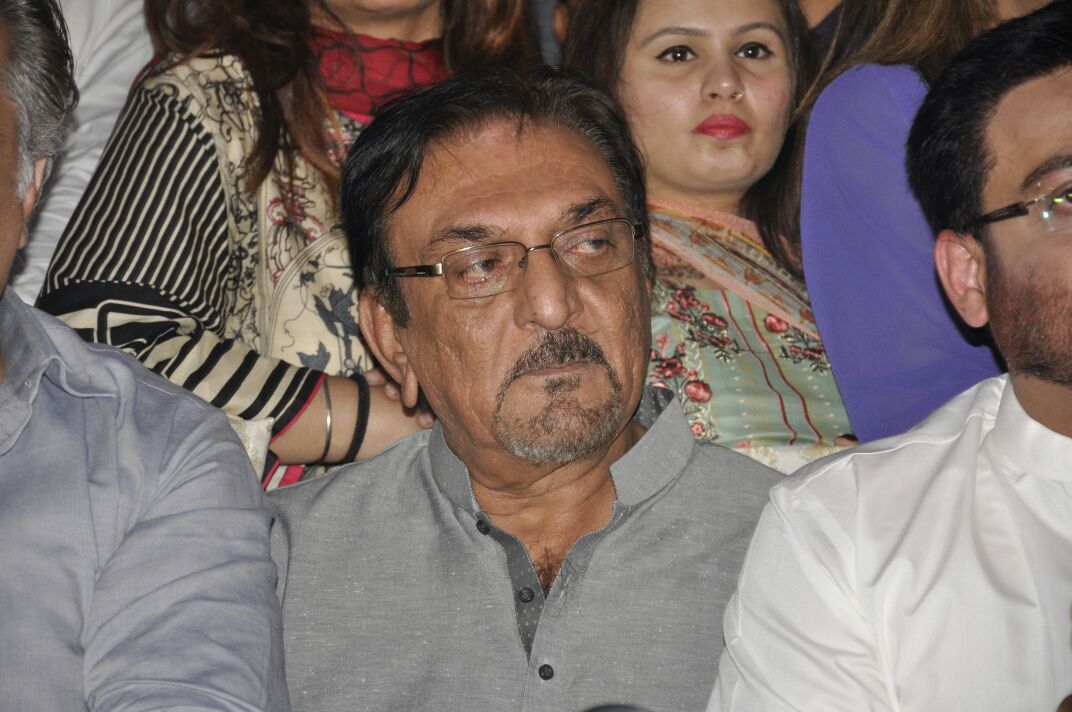 Abid Ali, a popular film and TV actor, also joined the party along with the TV anchor.

The PTI chairman, who is on a two-day visit to the metropolis as a part of his elections campaign across Pakistan, welcomed the new members.

Khan said, "We welcome Amir into the party, these are the last six months before the elections and we want people to join our political campaign."

"I believe that people change for the better. As long as people are trying to be better than before each day, they should not be questioned about the things they said in the past," Khan said, in response to a question directed towards Hussain regarding remarks he had previously made about PTI.

"I had a completely different view of religion during my cricketing days, but things have changed since then; the point I am trying to make is that people change," the PTI chief said.

A number of PTI members, supporters and leaders including former singer and songwriter Salman Ahmed have expressed their discontent over the inclusion of Amir Liaquat Hussain in the PTI.

In a tweet, the former Junoon band member described Amir Liqauat as a “sleazy, slithering snake.”

It's my democratic right to warn against #AmirLiaqat @ImranKhanPTI can never benefit from this hypocrite, liar & a sleazy slithering snake

ISLAMABAD - Salman Ahmad, famous Pakistani singer and an active member of Pakistan Tahreek-e-Insaf, was arrested and ...

Salman's tweet received massive response from the PTI followers, including former Pakistan captain Wasim Akram who liked the singer’s post about Amir’s inclusion in the party.

Wasim Bhai likes this while #AmirLiaqat is also @MultanSultans ' ambassador. Great going all around peeps. pic.twitter.com/yaXF5kMXbv

Joining of #AmirLiaqat itself is not such an issue, the likes of him has been joining for long but the bigger issue is gradual dilution of party ideology and absence of performance in KP where green fields are presented only on social media, ground realities are same old.

You can talk to him in person! He might listen to you. Taking Amir Liaqat in PTI would be terrible.

#AmirLiaqat should not have any room in PTI. Feeling really demoralised by his inclusion. #No2AmirLiaqat-in-PTI

Many of other party supporters and Imran Khan expressed their feelings in their own ways:

I was actually a die hard fan of Imran Khan. But what happened today and what they've been doing is highly disappointing and reality is not what I thought it was. #AmirLiaqat

Joining of #AmirLiaqat itself is not such an issue, the likes of him has been joining for long but the bigger issue is gradual dilution of party ideology and absence of performance in KP where green fields are presented only on social media, ground realities are same old.

Still, many showed support to the controversial TV anchor and Imran Khan's party.

On a human level, I do love how @ImranKhanPTI approaches life.

Amir Liaquat  - from MQM to PTI

In August 2016, Amir Liaquat Hussain had parted ways with MQM, saying at the time that he would be leaving politics.

Prior to his announcement, Hussain was taken into custody from his office on I.I. Chundrigar Road and later released by the Rangers after overnight detention.

He was also previously affiliated with the party and had been expelled from MQM in 2008 for violating party policy.

Hussain has been working in the media industry for several years now. In 2001, he joined Geo TV where he hosted Aalim Online, a religious program that gained Hussain a large following.

Over the past few years, Hussain has hosted Ramazan transmissions on both Geo TV and Bol News.