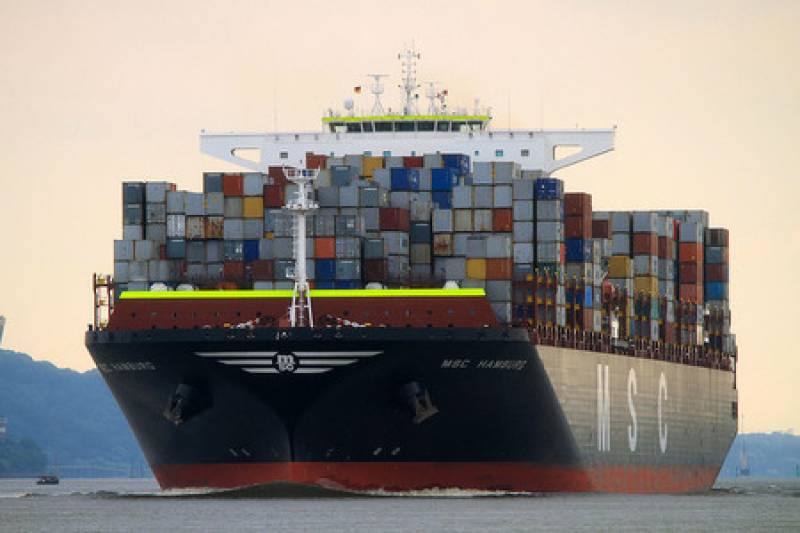 Nearly a dozen of containers fell into the sea after Hapeg-Lloyd's ship Tolten and Hamburg Bay collided at the Pakistan’s deepest port, the local media reported.

The administration of the deep port, however, managed to avert possible damage to the cranes installed at the berth through a timely operation.

Video footage of the incident, recorded by a worker at the port, has since been released on social media and shows damage.

A special operation has been launched to pull out the fallen containers from the sea.

No one was injured in Monday’s incident at SAPT, a subsidiary of Hutchison Port Holdings of Hong Kong commissioned last year, and port operations were not suspended, the terminal operator said.

The Karachi port has handled more ships during July-December of the current fiscal year, with a total of 1,066 vessels called at the port, as against 957 ships handled in the same period last year.