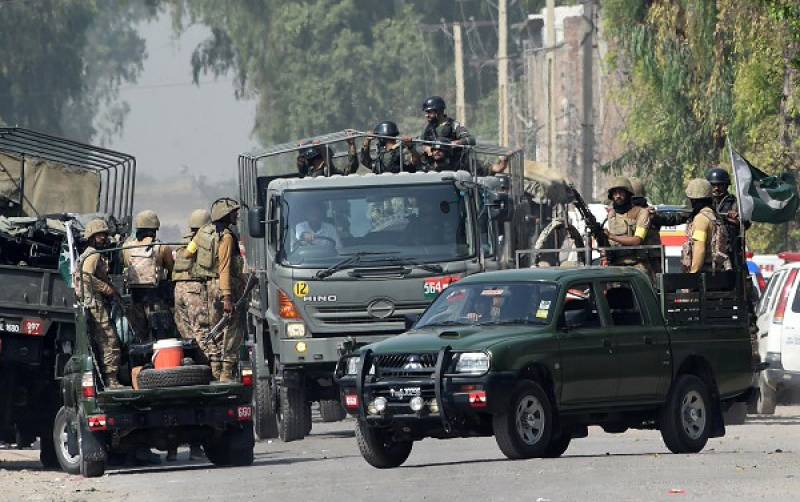 Islamabad has sent a clear message to Kabul to target safe sanctuaries of the terrorist group in Afghanistan.

Militants have continuously been using Afghan land as a base camp to attack Pakistan and Afghan forces have failed to stop their penetration into Pakistan, said high level sources.

Pakistan army has also prepared a list of militant hideouts located in Afghanistan that will be shared with both Afghan government and United States. White House will be requested to consider targeting the TTP militants in CIA's drone attacks in Afghan region.

According to sources the matter will be raised in upcoming visit of Afghan Defence Minister Bismillah Khan Mohammadi. The Afghan minister is expected to visit Islamabad in first week of October.

The Pakistani side will also urge Afghan minister to start implementing the Memorandum of Understanding (MoU) signed between Inter-Services Intelligence (ISI) and Afghanistan's National Directorate of Security (NDS) to share intelligence information for action against militants across the border.

Earlier on Friday the spokesperson of Pakistan Army said the attack on PAF Badaber base camp was planned and controlled by TTP militants hiding in Afghanistan. Major-General Asim Bajwa however added that army believes that Afghan government was not involved in planning or execution of the attack.

According to him the attackers of PAF base were in communication with TTP group in Afghanistan.

He further told reporters in a press conference that MoU signed between Pakistan's ISI and Afghan NDS was not being implemented in true spirit.

As many as 29 people were killed while another 30 were wounded in Friday's attack. All of the thirteen attackers were also killed by security forces in gun battle.