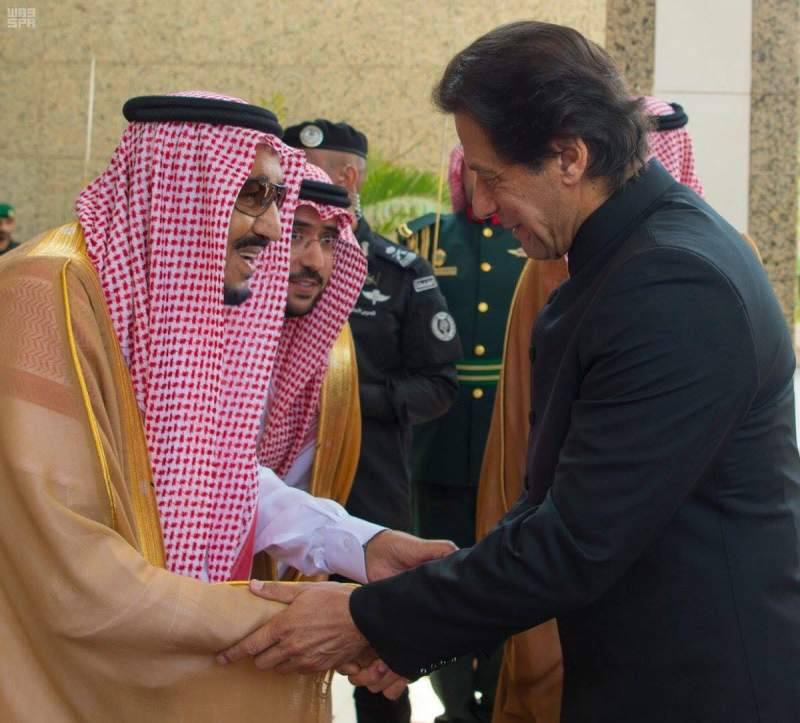 RIYADH - Prime Minister Imran Khan, who is on a one-day visit to Saudi Arabia at the invitation of the Custodian of the Two Holy Mosques, held a meeting with Saudi King Salman bin Abdulaziz to discuss matters of mutual interest, bilateral relations, trade, investment and other economic affairs.

The prime minister was received by King Salman at his Palace in Jeddah, where he was presented with a guard of honor and a state banquet was hosted for him and his entourage. In the meeting, the two leaders discussed bilateral relationship, the regional and global political situation and the issues confronting Muslim Ummah. They expressed their desire to further enhance and diversify bilateral cooperation and to continue close coordination on issues of mutual interest.

During the visit, PM Imran also held a meeting with Crown Prince Muhammad bin Salman, who hosted a dinner in his honour. The two leaders accompanied by their ministers and senior officials, held detailed discussions on ways to strengthen bilateral relationship and on the regional political and security situation. They exchanged ideas on enhancing cooperation in political, defense, economic, commercial and cultural sectors, developing joint ventures in line with their respective developmental needs, strengthening collaboration in human resource sector and addressing the issues faced by Pakistani expatriates in Saudi Arabia.

Pakistan and Saudi Arabia reaffirmed their historical and brotherly ties, rooted in bonds of common religion, shared culture and values and quest for regional and global peace and security. Both sides expressed satisfaction at the convergence of views on a host of regional and global issues, as well as the issues faced by Muslim Ummah.

Based on their decades old fraternal ties, both countries expressed complete solidarity with each other in their efforts at preserving their sovereignty and territorial integrity. They reaffirmed their intention to stand by each other at all times.

Pakistan praised the Saudi leadership on a smooth and successful organization of Hajj this year, and acknowledged the eminent position of respect and reverence among the Muslim Ummah, enjoyed by the Custodian of the Two Holy Mosques, King Salman bin Abdulaziz. It also commended the visionary leadership of Crown Prince Muhammad bin Salman, which was leading Saudi Arabia towards a modern and developed economy.

The Saudi leadership congratulated Pakistan on its successful democratic transition, in a peaceful and fair manner, and felicitated the prime minister on his election. Appreciating the Prime Minister’s ideal of transforming his country into a welfare state based on Islamic socio-economic principles, the Saudi leadership assured Pakistan of its maximum assistance. Pakistan thanked Saudi Arabia for its steadfast and continued support.

Imran Khan briefed the Saudi leadership on Pakistan’s successes and sacrifices in its fight against terrorism, highlighting the role of actors trying to destabilize Pakistan. He strongly rejected the efforts to promote religious extremism, sectarianism and terrorism. The Saudi leadership apprised the premier of the steps taken by the Kingdom to curb extremism and terrorism, and shared views on the forces spreading extremist ideologies in the region.

The two countries acknowledged each other’s efforts and sacrifices and pledged to continue their partnership to defeat the scourge of extremism and terrorism. They agreed on the need to promote peace and security to ensure progress, development and prosperity. In this regard, they also agreed to further strengthen bilateral cooperation, as well as their collaboration at the regional and multilateral forums.

PM Imran informed the Saudi leadership about the plight of the Muslims of Indian Occupied Kashmir, suffering grievous human rights violations. Mentioning the report of the Office of the High Commissioner for Human Rights (OHCHR) on the human rights violations in Jammu and Kashmir, he stressed the need for Islamic solidarity and unity in raising the issue forcefully at the UN Human Rights Council.

The two countries reaffirmed their commitment to the just struggle of the Palestinian people to restore their rights and achieve the independence of the state of Palestine, with East Jerusalem as its capital. They also stressed that the international community must respect the just struggle of the people living under foreign occupation and the legitimate right to self-determination, as enshrined in the United Nations Charter.

The prime minister had arrived in Madinah Al-Munawarah Tuesday evening on his first foreign visit for talks with the Kingdom's leadership on bilateral cooperation.

The prime minister, along with his delegation paid his respects at Roza-e-Rasool (PBUH) and offered Maghrib prayers there. Later, he went to Makkah to perform Umrah.

The Saudi King will also host a State banquet for the Prime Minister at the Royal Court.

Matters related to the welfare of the Pakistani community in Saudi Arabia and ways to enhance people to people contacts are also likely to come up for the discussions. 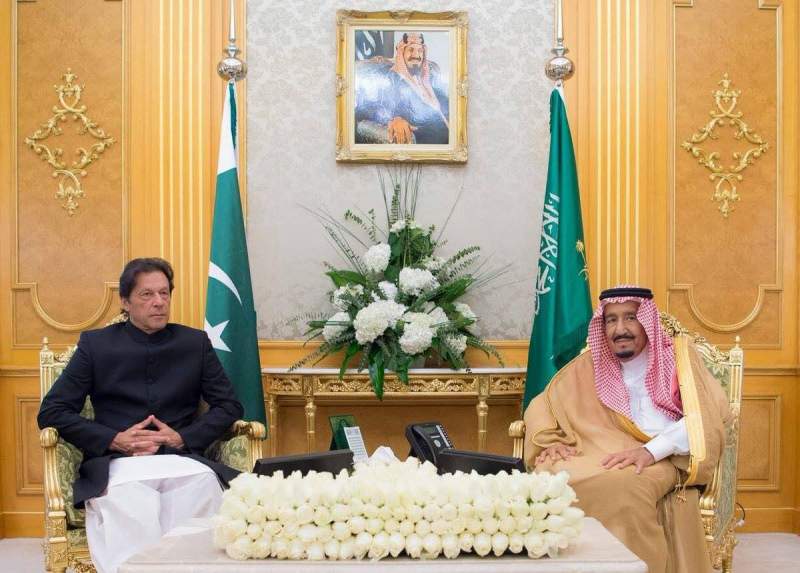 The Secretary-General of Organization of Islamic Cooperation Dr Yousef bin Ahmad Al-Othaimeen will also call on the Prime Minister.

Pakistan’s current account deficit widened 43 percent to $18 billion in the fiscal year that ended June 30, while the fiscal deficit has ballooned to 6.6 percent of the economy. 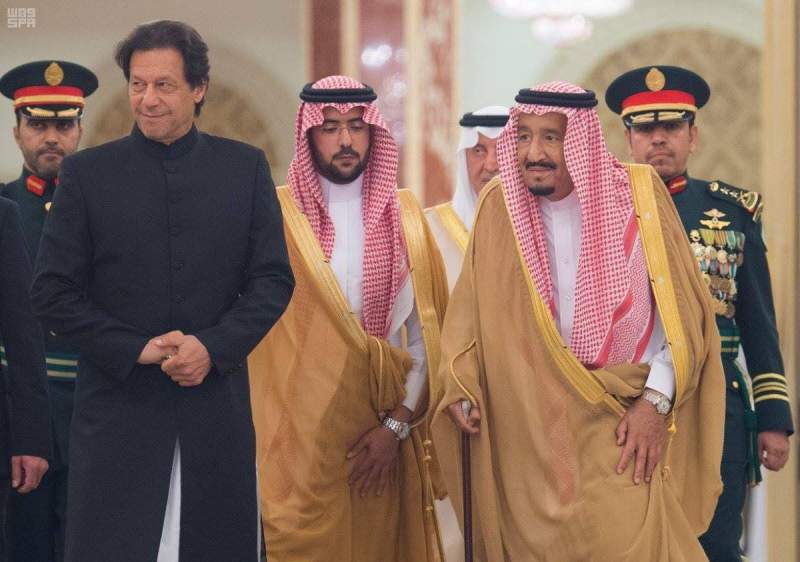 Khan’s government came to power on the back of populist assurances to root out corruption and reduce poverty. Since taking office, the government has initiated a number of symbolic austerity measures while promising social welfare reforms.

The government on Tuesday announced tax increases for middle and high-income earners and a spike in import duties on luxury products in a bid to raise 183 billion rupees($1.48 billion) in additional revenue.