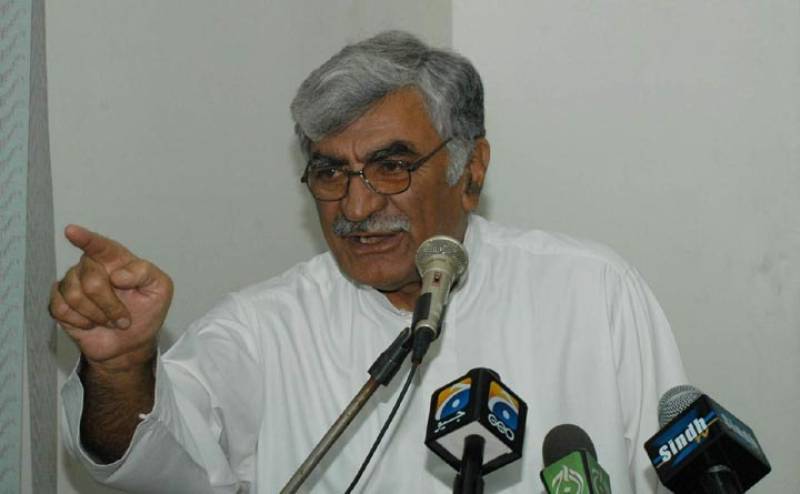 Talking to newsmen, the ANP leader said that his party has also cancelled the rally scheduled to be held on Thursday.

On the occasion he strongly condemned the terrorist attack on Charsadda university.

He urged political leadership to back military to begin a nation-wide push against terrorism. He said a total implementation on National Action Plan (NAP) was only solution to the current tense situation.

Earlier this day, a group of around six terrorists attacked Bacha Khan University, Charsadda. There are reports of causalities and injuries in the militants attack. (Click Here For Details)