Karachi welcomes ‘Infinix Kay Sultans’ bigger and better than ever 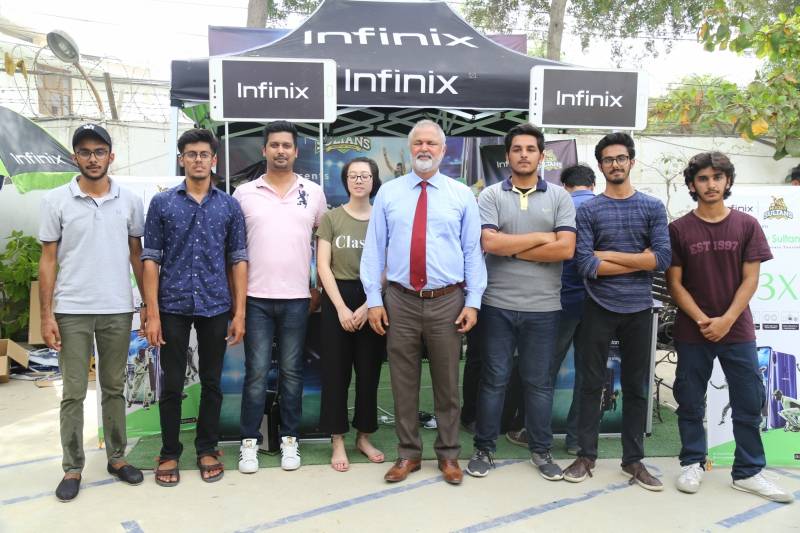 – Following its overwhelming success in Islamabad and other cities of Punjab, the star-studded campaign ‘Infinix Kay Sultans’ finally reached out to Karachi at its prestigious University Szabist. As the day’s activities drew to a close, another triumph was added as the ingenious Infinix and Multan Sultans partnership uncovered more diamonds in the rough. Top Management from both Infinix and Multan Sultans also attended the campaign.

Its successful run in different cities drew out great enthusiasm from the students as the campaign experienced its largest pool of participants yet with an even larger pool of excited onlookers. 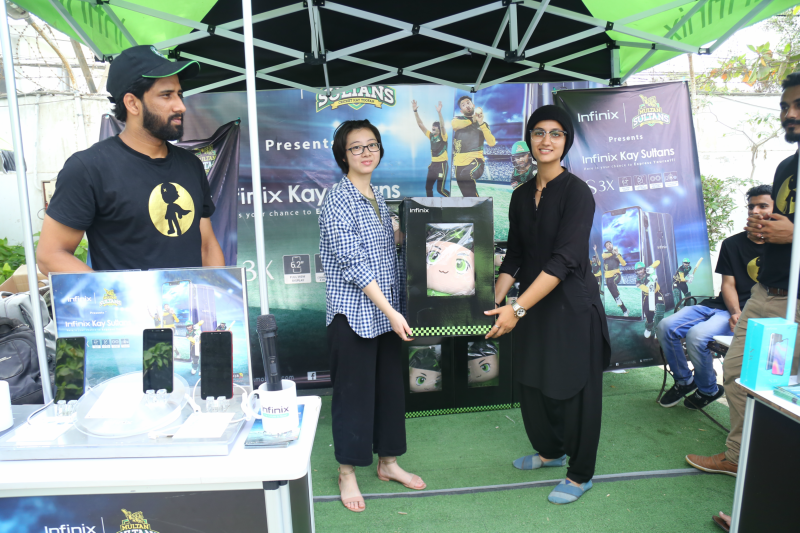 “Infinix announced news of this campaign at a press conference on 12th August. Since then, ‘Infinix Kay Sultans’ has received a tremendous amount of positive feedback due to its inherent uniqueness. A fully interactive campaign, Infinix hopes to empower the youth of Pakistan by providing them a chance to fulfill their dreams solely on the basis of their passion and determination,” said General Manager for Pakistan, Willy Cui.

“As with any sport, growth is key to success and is achieved by never letting it get old. What better way to accomplish that than by giving the younger generation a chance to showcase their undiscovered talent in front of key players in the cricketing world. Multan Sultans is proud to be a part of such a campaign that allows youngsters a brilliant shot at fulfilling their dreams,” said Multan Sultans COO Faisal Mirza.

‘Infinix Kay Sultans’ is a first-of-its-kind campaign which offers students a chance to play with and challenge their favourite players while also undergoing a learning and self-refining process along the way. Participants received expert tips and tricks from the seasoned players, sure to help them along their way well beyond this campaign. At the end of the day, 2 brilliant participants – 1 bowler and 1 batsman – were crowned as the ‘Infinix Kay Sultans’ from Karachi and was awarded with Mobile phones.