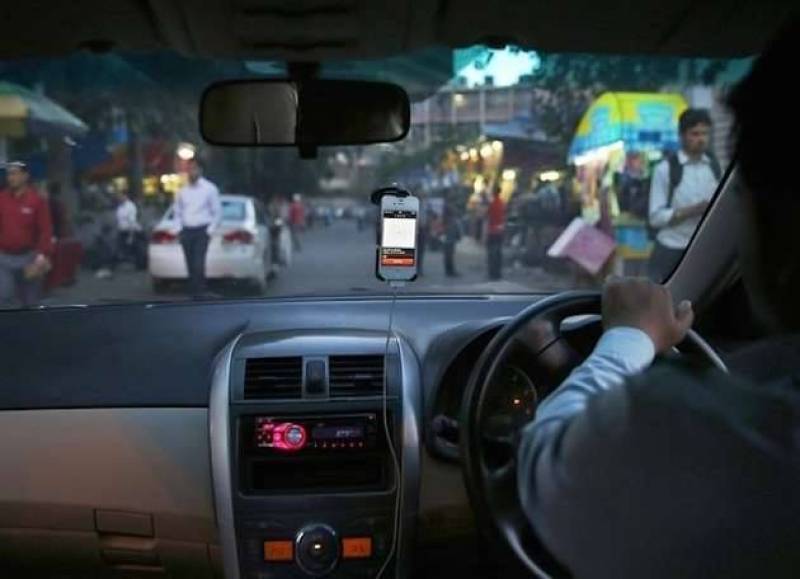 KARACHI - A young woman in the biggest city of Pakistan jumped out of a moving vehicle when she was allegedly harassed by the driver of a ride-sharing company on Saturday.

The woman, who received minor injuries after jumping out of the car, said that she had booked the ride for Karachi's Saddar area, but the driver took a turn in a wrong direction which made her "sense the danger".

The woman, who preferred not to be named, said that she decided to jump out of the moving car

"instead of giving chance to someone to lay his hands on my honor as the driver of ride-hailing service was continuously staring at me through the back-view mirror in the car".

The incident took place near the FTC flyover on the Shahrah-e-Faisal.

Meanwhile, the suspect was handed over to police and shifted to Saddar police station after he was held by the passers-by.

The driver, in his statement to the police, pleaded for his innocence, saying that the passenger had mentioned Defence area as her destination so he had to take a detour.

The woman earlier submitted an application with the area police; however, she is not pursuing the matter in order to avoid escalation.

Police said they had registered an initial report of the incident and it was being investigated, adding that they would also summon officials of the ride-hailing service in this regard.

ISLAMABAD (APP) - Uber is teaching its drivers in Pakistan how not to sexually harass women, a spokeswoman said Friday, ...