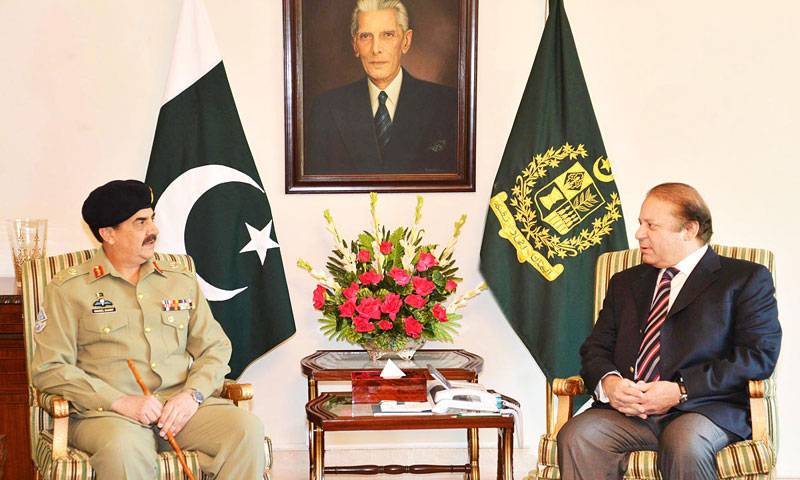 Further, sources said the launch of a ground offensive in North Waziristan Agency’s mountainous Shawal Valley came under discussion during the high-level meeting.

The meeting comes a day after the premier’s one-day visit to Karachi where he confirmed the security situation in the metropolis has significantly improved since the Karachi Operation.

With the Karachi Operation approaching two years since its initiation, its progress was reviewed in the meeting. PM Nawaz, during Thursday’s visit vowed to make the Karachi operation successful at all costs, offering any kind of assistance for eliminating terrorism out of the city.