Kulbhushan Jadhav under no threat of immediate execution: FO 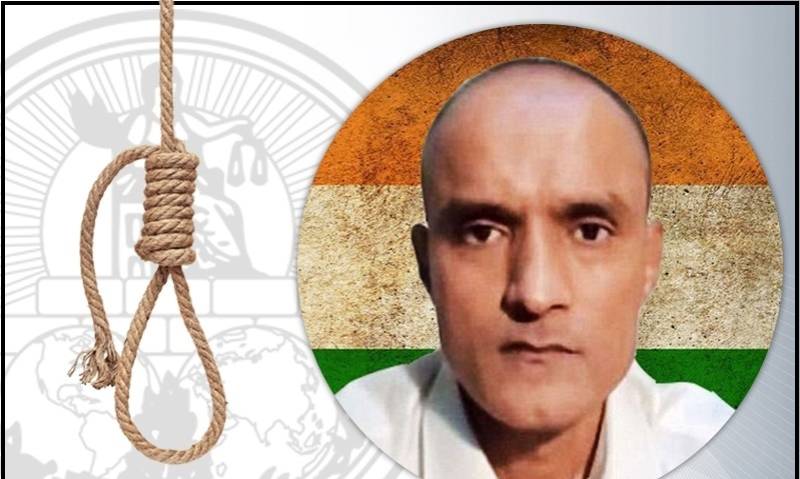 ISLAMABAD - Rejecting rumours that December 25 would be the last meeting between Kulbhushan Jadhav and his family, Pakistan on Thursday said that the death row convict is under no threat of immediate execution as his mercy petition is still pending for review. Jadhav, a former Indian Navy officer, was arrested in Pakistan and was charged with espionage.

“Let me assure you that the Jadhav is under no threat of immediate execution and his mercy petitions are still pending,” Foreign Office Spokesperson, Mohammad Faisal said, added that his meeting with his wife and mother had been arranged “purely on humanitarian grounds”.

He was responding to a question on the possible immediate execution of the Indian prisoner on death row after his meeting with his family.

Jadhav’s mother and wife will meet him in Islamabad on December 25 in the “light of Islamic traditions and based on purely humanitarian grounds,” the official said.

He said that the meeting between Jadhav and his family will take place at the Ministry of Foreign Affairs.

"Pakistan has issued visas to both the ladies. The meeting will be held in the Ministry of Foreign Affairs," the spokesman said.

A diplomat from the Indian high commission in Islamabad would be allowed to accompany the visitors.

To a question, Faisal said, "Pakistan is ready to permit media interaction with the wife and mother of Commander Jadhav. We await Indian decision in this regard."

The Pakistan High Commission in New Delhi on Wednesday issued visas to the mother and wife of  Kulbhushan Jadhav.

Jadhav’s mother and wife are expected to arrive in Pakistan on Saturday via the Wagah border. An Indian diplomat is expected to accompany the two women when they meet Jadhav.

Jadhav, 47, was sentenced to death by the Pakistani military court on charges of espionage and terrorism in April, following which India moved the ICJ in May. The ICJ halted his execution on India's appeal pending the final verdict by it.

ISLAMABAD - The mother and wife of Kulbhushan Jadhav, an Indian spy sentenced to death for espionage in Pakistan, have ...