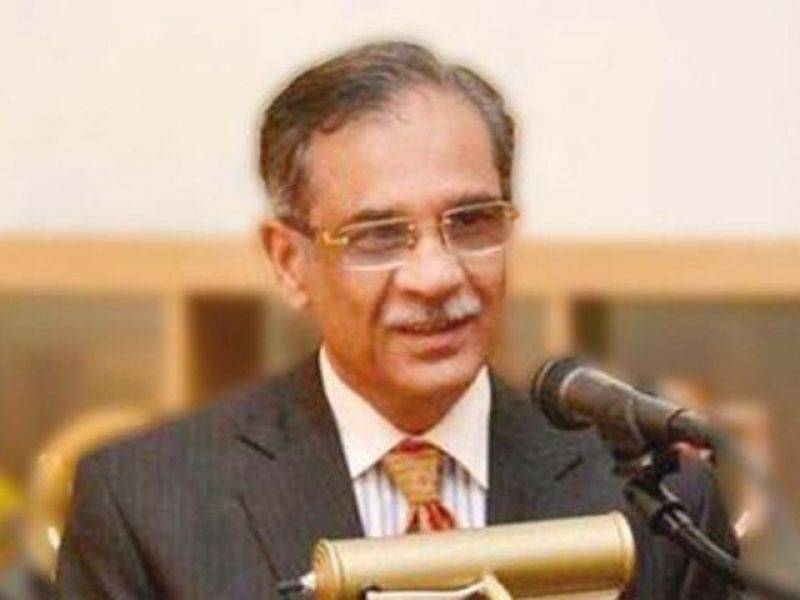 ISLAMABAD - Chief Justice of Pakistan (CJP) Justice Mian Saqib Nisar has strongly condemned the terrorist attack in the premises of the Tangi Sessions Court, Charsadda that claimed at least eight lives of innocent citizens, in addition to causing injuries to many people.

The Chief Justice has offered his heartfelt condolences to the bereaved families and prayed for speedy recovery of injured people, said a press release issued here on Tuesday.

According to reports, three blasts took place near the gate of Tangi courts in Charsadda city of Khyber Pukhtunkhwa killing a lawyer and seven others in court.

DPO Charsadda Sohail Khalid claimed that two of the suicide bombers were gunned down while another one detonated himself and so everyone including the staff and judges at local courts was safe.

He confirmed that at least three to four people were injured during the incident and the rescue operation was underway. After the bombings, reports regarding gunfire also surfaced.