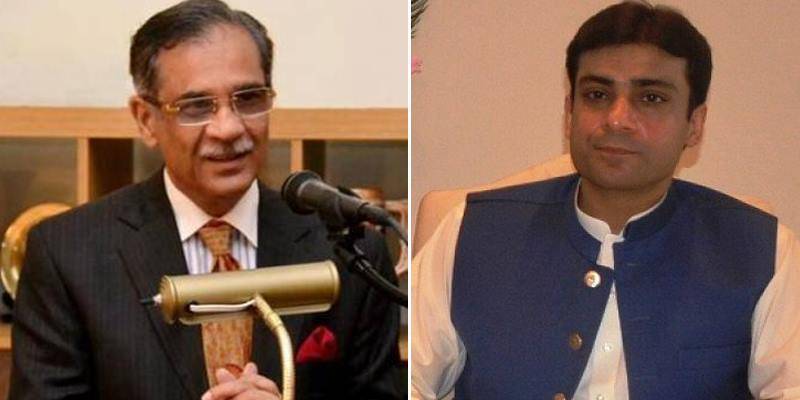 The CJP was hearing a suo motu notice on the blocking of roads for security purposes at the Supreme Court’s Lahore Registry, when he reprimanded Punjab Chief Secretary Zahid Saeed why not the barriers near Hamza’s residence were removed.

CJP Nisar asked the chief secretary to explain as to who posed threat to the PML-N lawmaker, prompting him to install security barriers outside his residence in a zigzag manner.

In response, the chief secretary said, “Hamza is an MNA and the chief minister’s son.”

“Hamza can appear before the court to apprise about the threats to his life and if there are genuine threats then he can shift his residence,” the chief justice remarked. “Why cannot these people reside where there is no life threat,” he continued.

“I am the chief justice, yet there are no blockades outside my house,” Justice Nisar said.

The chief secretary assured the court of removing the blockades, the Pakistan Today reported.

Chief Justice Nisar informed the official that he will visit the place in a private vehicle to look into the implementation of the court’s order.

Hamza, an MNA from Lahore, resides in Model Town’s H-Block close to the residence of his father and Punjab Chief Minister Shehbaz Sharif.