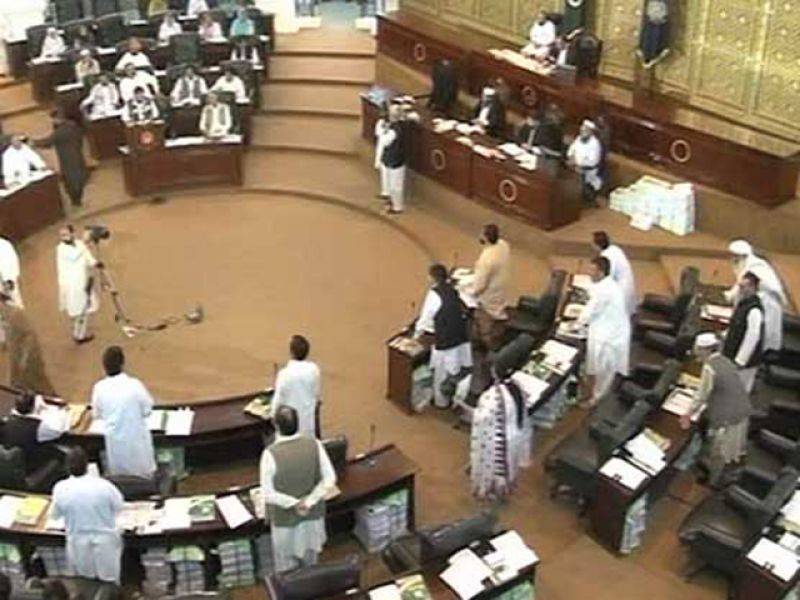 PESHAWAR (Web Desk) –The Khyber Pakhtunkhwa Assembly on Monday erupted after a scuffle broke out between two legislators of the ruling Pakistan Tehreek-e-Insaf (PTI) in the House.

PTI MPA Babar Saleem entered into a scuffle with his party's senior minister Shahram Khan Tarakai. The fight broke out after the MPA carried a motion regarding the Department of Information Technology (IT), which Tarakai found intrusive.

The senior minister was then reported to get up from his seat and make an aggressive beeline towards Saleem and Provincial Minister Atif Khan. He ended up thrashing both legislators badly.

Other members of the assembly then interceded and dispersed both the brawling members. The speaker adjourned the assembly session till Wednesday.

The brawling lawmakers both belong to the district of Swabi.