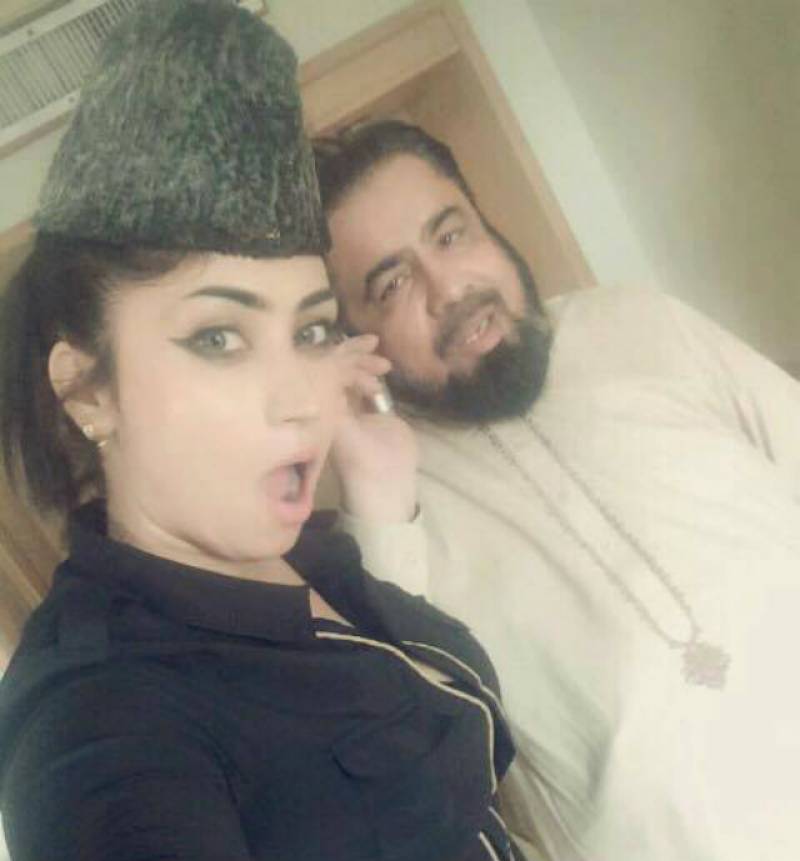 ISLAMABAD (Web Desk) - The Senate Standing Committee on Religious Affairs met on Tuesday at Parliament House under the chairmanship of Senator Hafiz Hamdullah. The committee discussed various issues including reconstruction of the Ruet-e-Hilal Committee and the conversion of Hindu girls to Islam.

Read More: Mufti Abdul Qavi and Qandeel disagree on what really happened between them at the hotel

The meeting was informed that the number of Ruet-e-Hilal Committee members had been increased from 9 to 26 and that Mufti Abdul Qavi was also member of the committee.

In response, Hafiz Hamdullah cheekily said that Qavi had already sighted Eid moon during Ramazan, in a veiled reference to his scandalous meeting with Qandeel Baloch.

Controversy queen Qandeel Baloch met with Mufti Qavi in his hotel room on Monday and pictures of them sharing Iftar at a hotel have been going viral on social media.