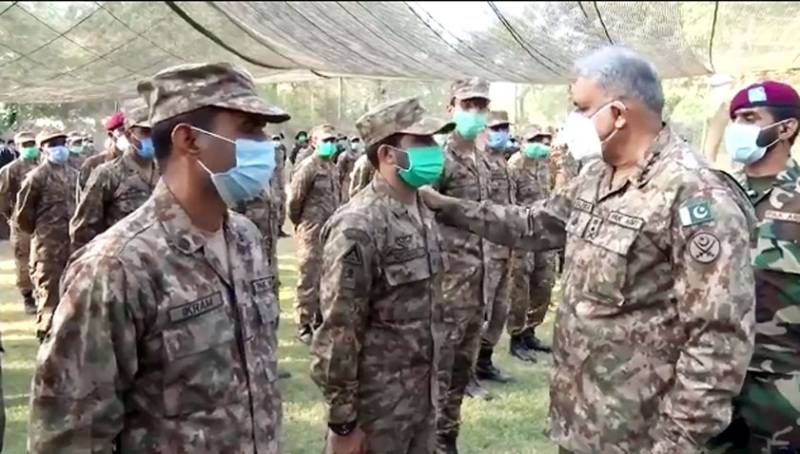 Interacting with officers and men, he appreciated them for continued vigil and remarkable operational preparedness.

COAS emphasised upon troops to extend all out support to local population affected by unprovoked Indian ceasefire violations. He remarked that remain steadfast, discharge your duties with utmost sincerity and devotion.

Earlier upon his arrival, he was received by Commander Rawalpindi Corps, Lieutenant General Azhar Abbas.