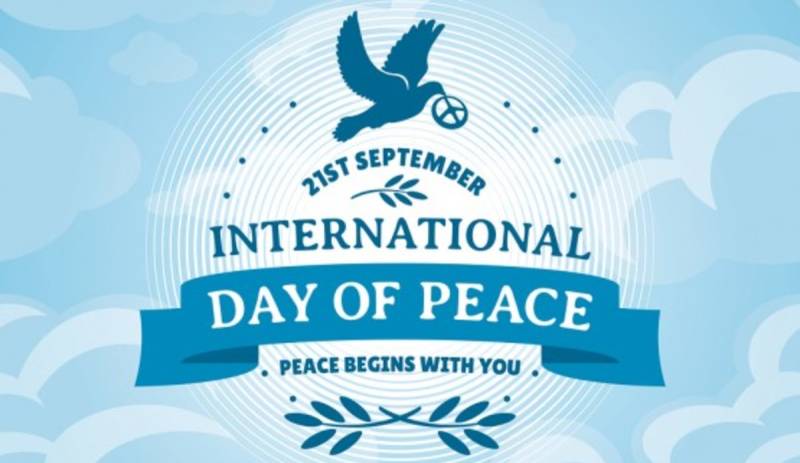 LAHORE – The International Day of Peace is being observed across the globe on Saturday (September 21).

The United Nations (UN) General Assembly has declared September 21 as the day devoted to strengthening the ideals of peace, both within and among all nations and peoples.

In his message on the day, UN Secretary-General António Guterres said today peace faces a new danger - the climate emergency, which threatens our security, our livelihoods and our lives, the Radio Pakistan reported.

Peace faces a new danger: the climate crisis. It threatens our security, our livelihoods, and our lives

Only with urgent #ClimateAction can we make our only planet more peaceful, prosperous and safe - for us and future generations. pic.twitter.com/cQiGzs8mFs

In his message on the International Day of Peace, Punjab Chief Minister Sardar Usman Buzdar has said that stubbornness of India and the unsolved core issue of Kashmir have become a threat to the regional peace.

He said that Narendra Modi government has devastated occupied Kashmir through its policy of barbarism and cruelty.