Pakistani farmers to march on Islamabad 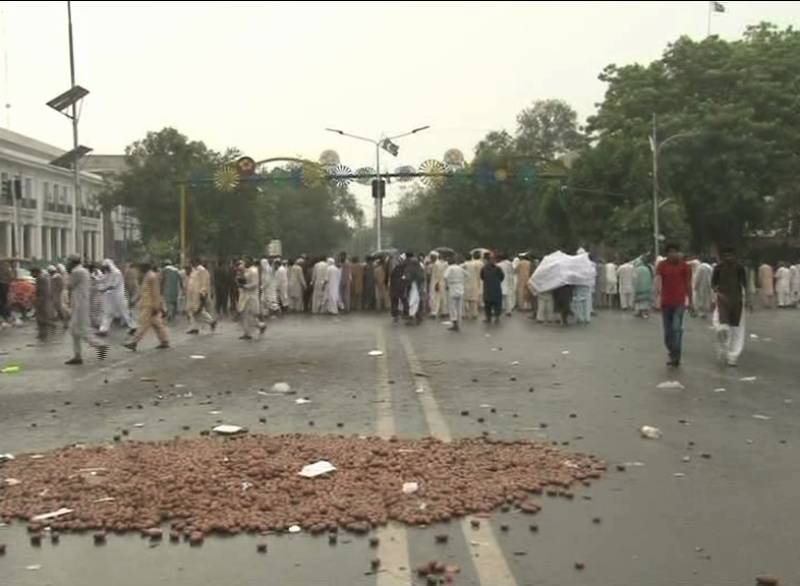 LAHORE (Staff Report) - Farmers, who are demonstrating sit-in at the Mall Road, Lahore, have threatened to march towards Islamabad, if their demands were not fulfilled by the government.

Severe traffic jam was witnessed as the farmers’ sit-in has continued on third day.

Hot words were exchanged between the marchers and citizens as The Mall was blocked for traffic.

Some of the farmers were spotted as sleeping on the roads, while others were busy in reading newspapers as the Dharna continued on the third day on Saturday as well.

They have demanded a ban on the import of Indian potatoes and other vegetables, saying the government is putting Indian farmers before its own.

The farmers brought Lahore’s traffic to a standstill on Friday when they dumped potatoes on the road outside the Punjab Assembly in protest against heavy taxes on farm produce. 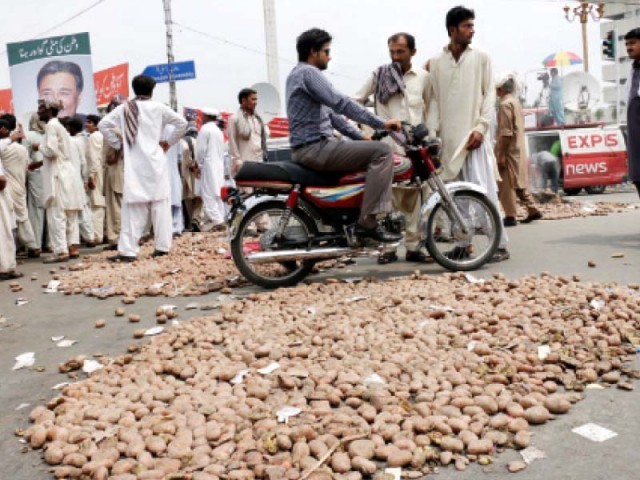 According to him, the farmers are facing losses in all major crops, including cotton, sugarcane and rice.

“Besides the havoc recent floods created, farmers are having hard times because of government policies,” he said.

“The government has been controlling and increasing the cost of inputs through heavy taxation. But it has abdicated the responsibility of output prices in markets which have been controlled by mafias.

Earlier on Friday, a delegation of farmers led by Khokhar met PML-N leader Rana Sanaullah at Civil Secretariat, Lahore, where they were assured of full support. But the farmers were persistent to meet the Prime Minister of Pakistan, as Sanaullah is no authority on agriculture.

The farmers have also demanded an immediate suspension of government’s plan of turning the land of National Agricultural Research Centre (NARC) into a housing society. 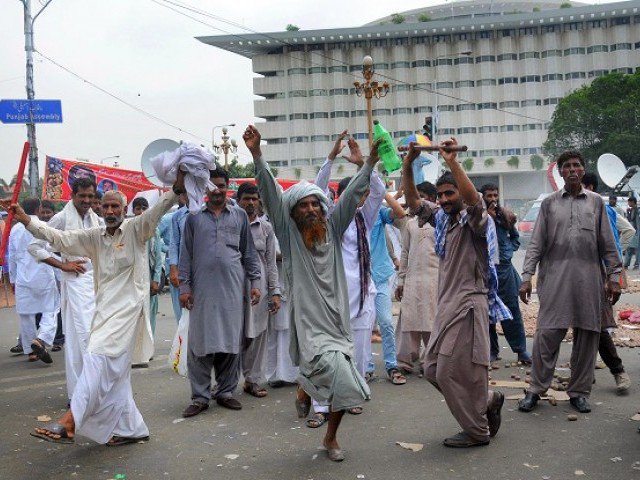 “Farmers across the border are given free electricity, tax-free seeds, well-researched fertilizers and huge subsidy. But, unfortunately, the government of Pakistan is not serious about promoting our agriculture and only focusing on industry,” Khokhar told a Pakistan daily The Nation.

The farmers are fully supported by Pakistan Tehreek-e-Insaf (PTI) and Pakistan Muslim League (PML) whose leaders joined them on Friday.