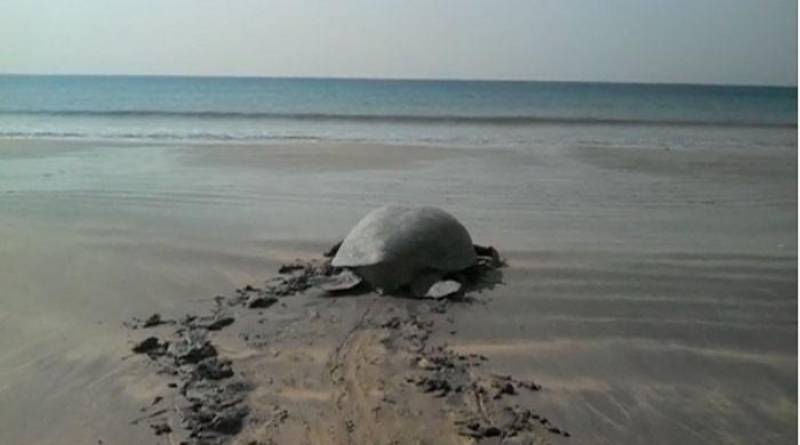 KARACHI - A rare and an endangered green turtle was witnessed at a beach near Sandspit, Manorah in Karachi on Monday morning, local media reported on Wednesday.

"The turtle was measured 41 inches in length and weighed approximately 0.066 tons", Aijaz Ahmed, an official of the International Union for Conservation of Nature (IUCN) told Geo News.

"The sandy and rocky combination of the beach and sea make Turtle Beach an ideal place for the endangered species to thrive," the official added.

The turtle reportedly visited the beach to lay an egg. "The beach visitors usually harm turtles and their eggs hence a guard appointed by the organization helped the turtle safely make its way back to the sea."