Who will be next president of PML-N? Party sources reveal name 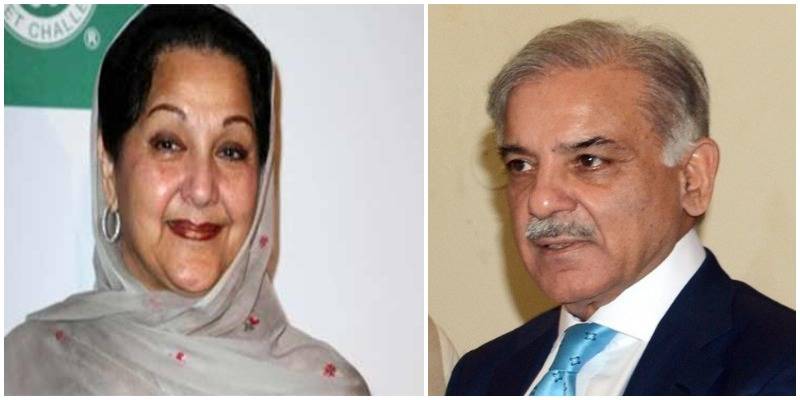 LAHORE - As confusion has once again surrounded the future leadership of embattled Pakistan Muslim League-Nawaz (PML-N), several names are emerging for the nomination of party head following the disqualification of Nawaz Sharif in Election Act 2017 case.

On Wednesday, a three-member bench, headed by Chief Justice of Pakistan Mian Saqib Nisar, ruled: “An individual disqualified under Articles 62 and 63 cannot serve as party head”.

Following the verdict of the Supreme Court, the Election Commission of Pakistan (ECP) issued a notification removing the name of the former prime minister as PML-N’s president.

Sources told Daily Pakistan that some party leaders are of the view that Punjab Chief Minister Shehbaz Sharif, who is also seen as next prime minister candidate from PML-N, should be given the reins of the party.

On the other hand, some sources close to Nawaz Sharif claimed that he will nominate his wife Kulsoom Nawaz as next president of the PML-N. Kulsoom Nawaz has been undergoing cancer treatment in London for the past several months.

Analysts are also of the view that former first lady would be next PML-N president as this move help embattled Nawaz Sharif to keep the indirect grip on his party. They said that the influence of the former minister on party decisions will remain strong even after Kulsoom’s nomination.

Kulsoom Nawaz also bagged victory in the by-election held in NA-120, a constituency fell vacant following the disqualification of Nawaz as prime minister of Pakistan in the Panamagate verdict.

On October 3,  Nawaz Sharif was re-elected unopposed the president of ruling party PML-N for next four years. The election came after his disqualification on July 28, 2017.

Nawaz Sharif, who has been ousted three times, can no longer hold any public or party office after the apex court deemed him unfit on July 28th for concealing his employment with Capital FZE, a firm owned by his younger son Hassan.

However, the ruling party introduced an amendment in the Election Bill 2017 allowing any disqualified legislator to hold party office.

The legislation sailed through Senate and National Assembly and was endorsed by the President Mamnoon Hussain as well following which it became a law.