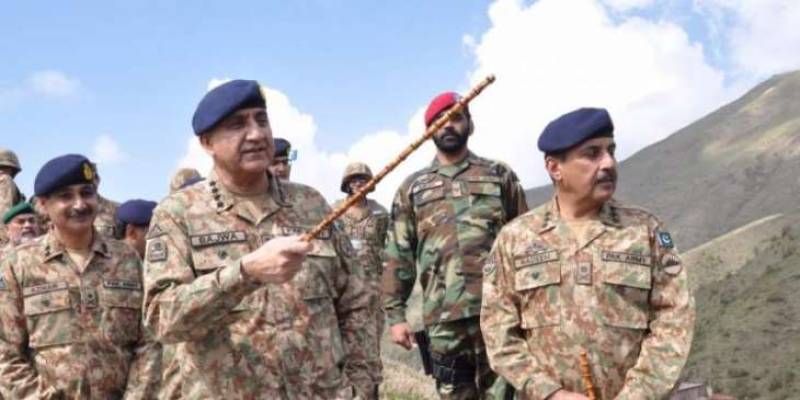 ISLAMABAD - Operation Radd-ul-Fasaad, which had been launched by Pakistan Army across the country aiming at indiscriminately eliminating residual/latent threat of terrorism, has completed three years today (February 22, 2020).

The operation was initiated by Chief of Army Staff General Qamar Javed Bajwa on February 22, 2017, after taking charge as the commander of Pakistan Army in November 2016.

DG Inter-Services Public Relations (ISPR), in a tweet said, “Op RuF completes 3 yrs today. Launched on 22 Feb 2017 across the country to consolidate gains of all past Ops, indiscriminately eliminating residual/ latent threat of terrorism, ensuring the security of Pak’s borders. In this journey from Terrorism to Tourism, SF & Int agencies”.

...backed by the entire Nation, achieved unparalleled success at a monumental cost paid in men & material. Tribute to our martyrs, our real heroes, our pride. We also salute our resilient nation in defeating extremists’ ideology & for unflinching support to the AFs. (2/3)

“Tribute to our martyrs, our real heroes, our pride. We also salute our resilient nation in defeating extremists’ ideology & for unflinching support to the AFs”, DG ISPR stated further.

COAS Qamar Javed Bajwa said that “Army is aware and capable of thwarting all threats to security/sovereignty of Pakistan irrespective of the cost”.

“Gains of 2 decades of WOT shall be consolidated to achieve enduring peace and stability both for Pak & the region. Army is aware and capable of thwarting all threats to security / sovereignty of Pakistan
irrespective of the cost ”COAS. (3/3)

Pakistan Air Force, Pakistan Navy, Civil Armed Forces (CAF) and other security/Law Enforcing Agencies (LEAs) actively participated in the operation and successfully eliminated the menace of terrorism as peace has returned to the country.

More than one hundred and 49 thousand intelligence-based operations were conducted in three years in which the intelligence agencies foiled more than 400 terrorist plans.

The military courts executed 344 terrorists and handed jail term to other 301 culprits. Fencing along 1450 kilometres of Pak-Afghan border has been completed out of 2611 kilometres to halt the locomotion of militants. Out of 843 planned border forts, 343 have been completed while 161 under construction.

Since 2001, the security forces hunted down militants and their facilitators in 350 major and over 850 routine operations across the country in the fight against terrorism.