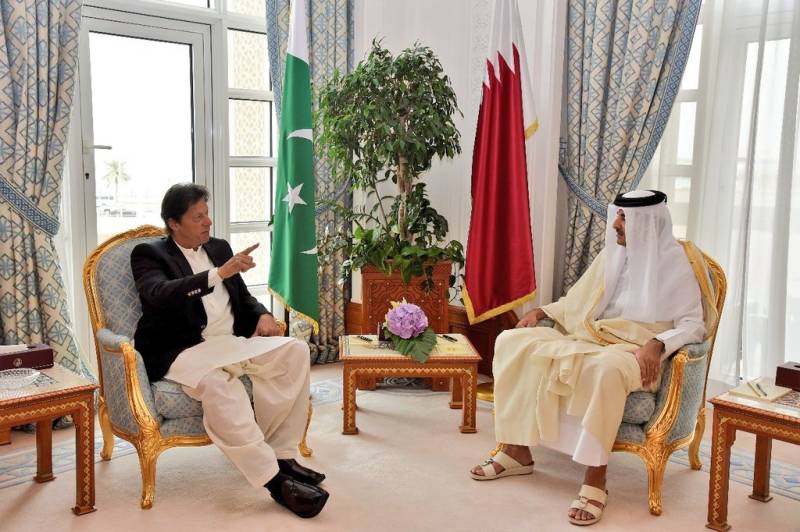 During the delegation level meeting all issues of bilateral nature were discussed especially the strengthened economic and trade relations between the two countries.

Emir of Qatar also hosted a lunch for the Prime Minister and the members of his delegation.

Earlier, a formal welcoming ceremony in the honor of Prime Minister Imran Khan was held at Amiri Diwan in Doha on Tuesday.

Emir of Qatar H.H. Sheikh Tamim bin Hamad Al Thani received the Prime Minister and he was also given guard of honor.

A red carpet was rolled out to welcome the premier at the Amiri Diwan where a formal ceremony was held in his honour. The PM was presented with a Guard of Honor by a smartly turned out contingent of Qatari armed forces.

National anthems of both the countries were played at the occasion. 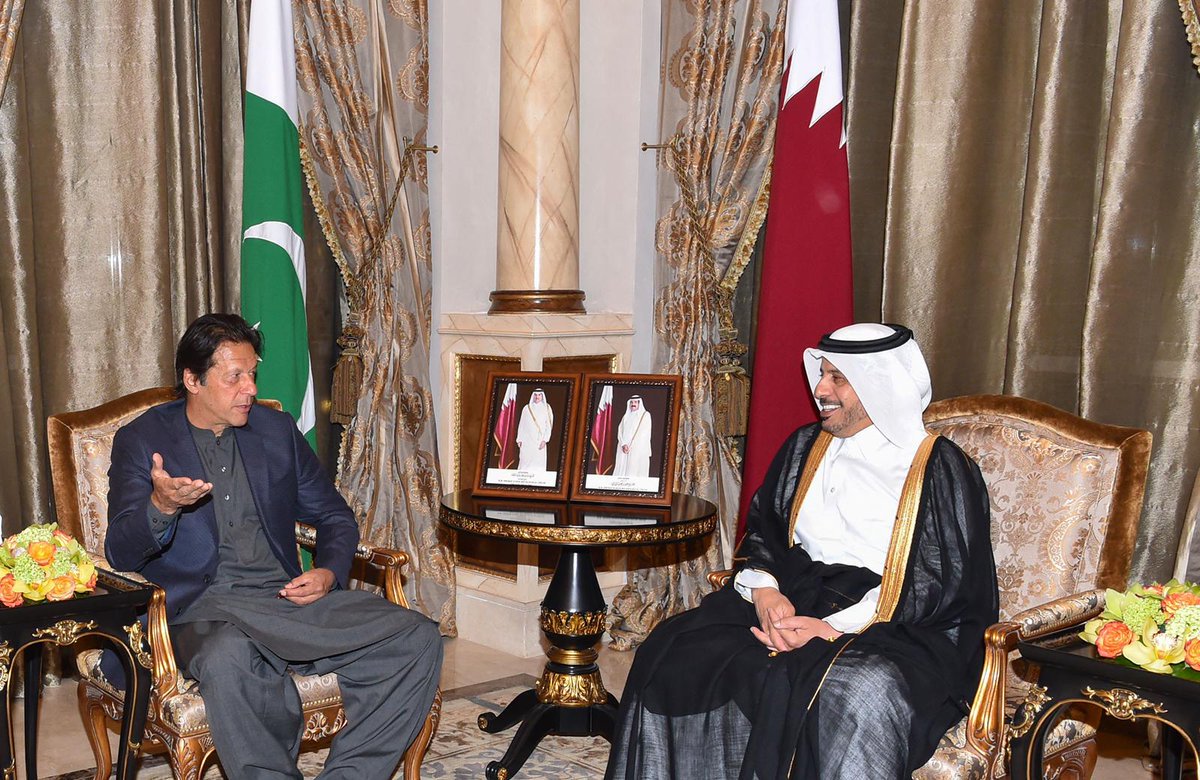 Bilateral relations, with a focus on economic cooperation between the two countries, were discussed during the meeting.

Besides meetings with Qatari leadership, the Prime Minister will also meet business and investment community of Qatar.

He will also address Pakistani community during his visit to Qatar.

The PM’s visit comes after Khan last month opened a visa facilitation center in Islamabad for swift processing of visas of members of the Pakistan workforce wishing to work in Qatar.

Qatari foreign minister in a meeting with Foreign Minister Shah Mehmood Qureshi on the sidelines of the UN General Assembly last year had offered 100,000 jobs for skilled and semi-skilled workers from Pakistan.

PM Imran has also previously called for increased trade between the two countries.

Pakistan’s annual import bills of LNG is around $4 billion.