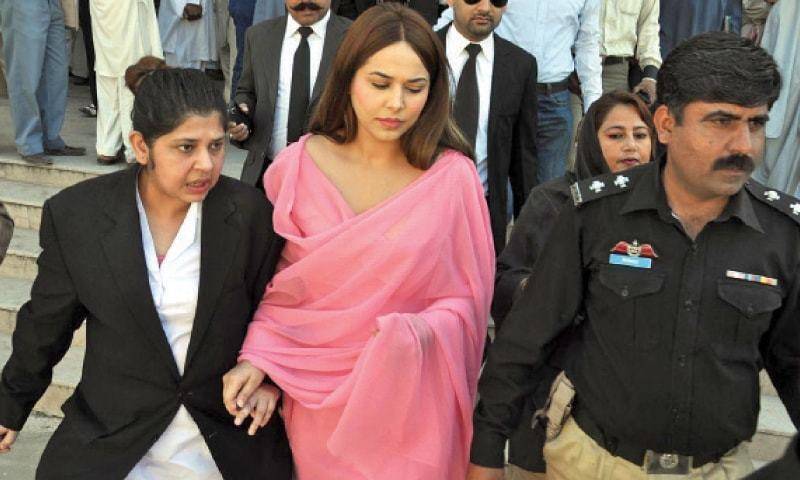 ISLAMABAD - The Supreme Court of Pakistan on Friday suspended the non-bailable arrest warrants issued to model Ayyan Ali in connection with the murder case of Customs inspector Ijaz Mahmood.

A two-member bench of the apex court heard Ayyan's petition against the issuance of said warrants.

During the hearing, the petitioner’s counsel Latif Khosa argued that Ayyan was in jail when the customs inspector was murdered, and therefore could not be charged with any involvement in his killing. He also added that the Interior Ministry was continuously violating orders of the court under which Ayyan Ali's name was to be removed from the Exit Control List.

“Ayyan Ali has been denied from travelling abroad despite court orders,” he added.

Khosa appealed for the suspension of the arrest warrants issued to Ayyan. Accepting the counsel's arguments, the court issued notices to the Interior Secretary, Station House Officer Waris Khan of Rawalpindi and other officials.

Earlier on Thursday, a Rawalpindi court had issued non-bailable arrest warrants to model Ayyan Ali in connection with the Customs inspector’s murder.