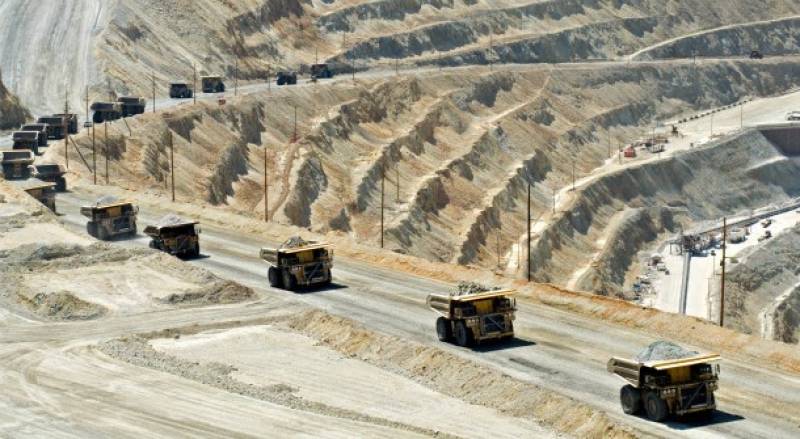 ISLAMABAD - On Monday Pakistan lost its legal battle in relation to the unlawful denial of a mining lease for the Reko Diq project in 2011 and it expected to face a mighty financial loss.

According to Chilean mining company Antofagasta plc, Pakistan had violated several provisions of its bilateral investment treaty with Australia and so an arbitration tribunal of the World Bank's International Center for Settlement of Investment Disputes (ICSID) delivered its verdict in favour of Tethyan Copper Company.

'Yesterday's decision by the ICSID tribunal rejected Pakistan's final defence against liability and confirmed that Pakistan had violated several provisions of its bilateral investment treaty with Australia, where TCC is incorporated,' a press release issued by Antofagasta plc said on Monday.

The arbitration claim had been submitted in 2012 by the Tethyan Copper Company Pty Ltd (TCC), a joint venture between Antofagasta and Australia's Barrick Gold Corporation.

Although the legal fraternity in Pakistan has yet to confirm or deny the verdict, the tribunal will start assessing the damages today that are to be paid by Pakistan to TCC.

'A ruling on the amount of damages to be paid is expected in 2018' Antafogasta said.

'We are pleased with this decision and now the damages phase of the arbitration can begin. We expect that, at the conclusion of this phase, Tethyan will receive an award entitling it to the fair market value of the project at the time that the mining lease application was denied,' Antofagasta's chief executive officer, Iván Arriagada, said.

The legal tussle between Pakistan and TCC began in 2011 when Balochistan government refused to grant a mining licence to the firm for the Reko Diq gold-cum-copper project.

The then chief secretary of Balochistan, Mir Ahmed Bakhsh Lehri detailed that the feasibility report submitted by TCC was not satisfactory adding that the provincial government would set up its own refinery for processing of gold and copper.

On the other hand, Tim Livesey, then CEO of TCC in an interview expressed that it was difficult for TCC to access the core issue of Balochistan government.

Moreover, in January 2013, the supreme court of Pakistan had scrapped the Reko Diq agreement in conflict with the country's laws.

Reko Diq is one of the world’s richest deposits of gold and copper with a potential mine life of more than 50 years.