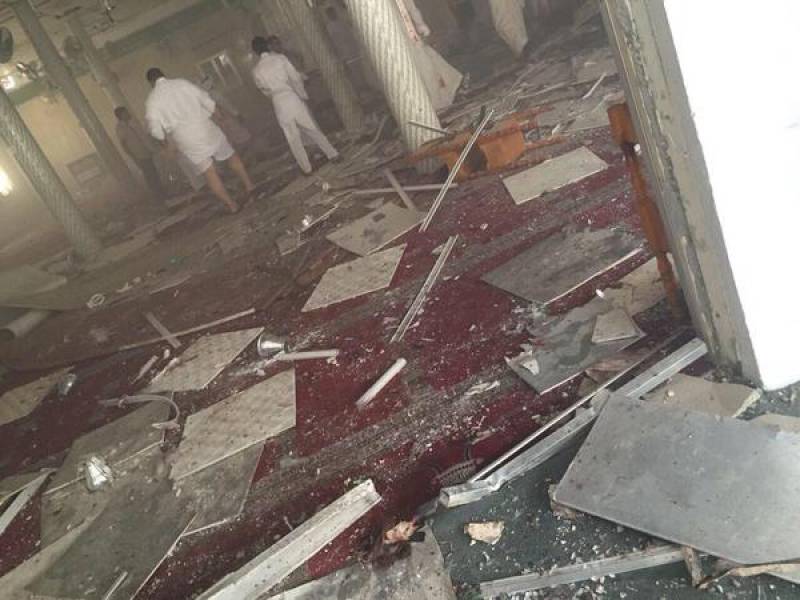 RIYADH (Web Desk) - At least 19 people were killed in a suicide bombing during Friday prayers at a Shia mosque in eastern Saudi Arabia, a doctor told the BBC.

The emergency doctor at Qatif Central Hospital said at least 70 had been injured, "some very critically".

Witnesses reported a huge blast at the Imam Ali mosque in the village of al-Qadeeh, in Qatif governorate. 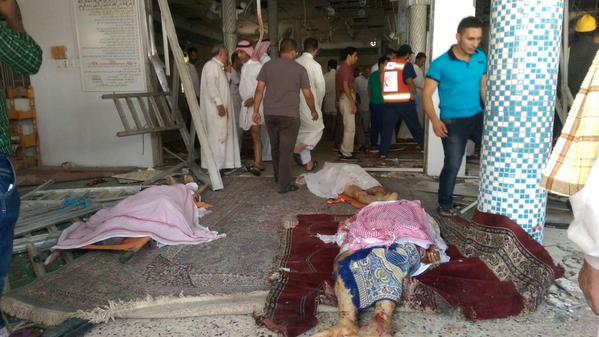 It is the first such incident in Saudi Arabia amid rising tension in the wider region between Sunni and Shia Muslims.

No one immediately claimed responsibility for the bombing, the first to target Shias in Saudi Arabia since November when gunmen killed at least eight people in an attack on a Shia religious anniversary celebration, also in the east.

Television pictures on Lebanon's Hezbollah-run al-Manar network showed shattered glass and debris next to the tiled pillars inside the mosque, where scores were said to have been praying.

Bodies covered in sheets could be seen laid out on the floor, while injured people in bloodstained clothes were rushed out on stretchers. 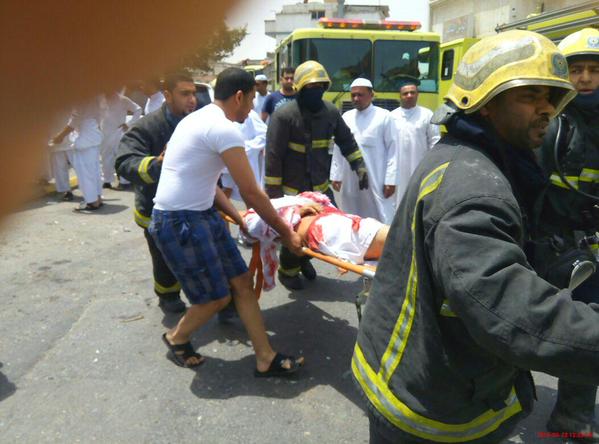 Qatif hospital has issued an urgent call for blood donations and called in off-duty staff to cope with the high number of casualties.

One witness described a huge explosion at the Imam Ali mosque in the village of al-Qadeeh. He estimated there were at least 30 casualties in the attack, where more than 150 people were praying.

"We were doing the first part of the prayers when we heard the blast," worshipper Kamal Jaafar Hassan told Reuters by telephone from the scene.

In April, Saudi Arabia said it was on high alert for a possible attacks on oil installations or shopping malls.

In Yemen, a bomb at a Houthi mosque in the capital Sanaa on Friday was claimed by Islamic State.

Saudi Arabia's large Shia Muslim minority is mainly based in the eastern province, and there have been sporadic protests by Shia there for greater rights.

The attack on Friday comes at a time when the Saudis are leading a coalition of Arab states in an air campaign against Shia rebels in neighbouring Yemen.

Saudi Arabia has also been threatened by Islamic State (IS), which is being targeted by a US-led coalition including the Sunni kingdom.

In November last year an audio recording purported to be from IS chief Abu Bakr al-Baghdadi called on Saudi followers to attack Shia targets.

More than 2,000 Saudis are believed to have joined IS, with hundreds having returned home. Saudi Arabia has launched a security crackdown in recent months, arresting hundreds of IS suspects.