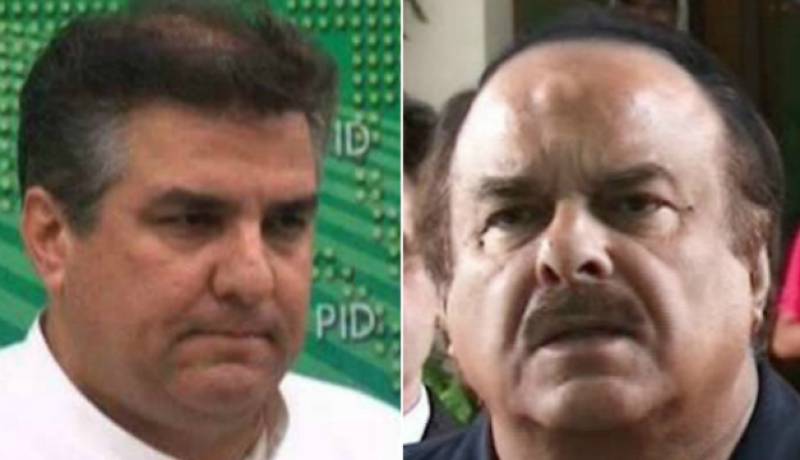 The brawl erupted when Aziz, the minister for Privatisation, called Haq a 'thief' during the recording of Geo News' programme 'Aapas Ki Baat'.

Aziz's inappropriate remarks fumed Haq, which led to a heated exchange between the two figures.

The show host, Muneeb Farooq, however, managed to defuse the tense situation following the fight.

The programme will be aired on Geo News at 11:05 pm tonight (Tuesday).

The incident comes at a time when scores of Pakistan Muslim League Nawaz' politicians are jumping ships ahead of general elections 2018.