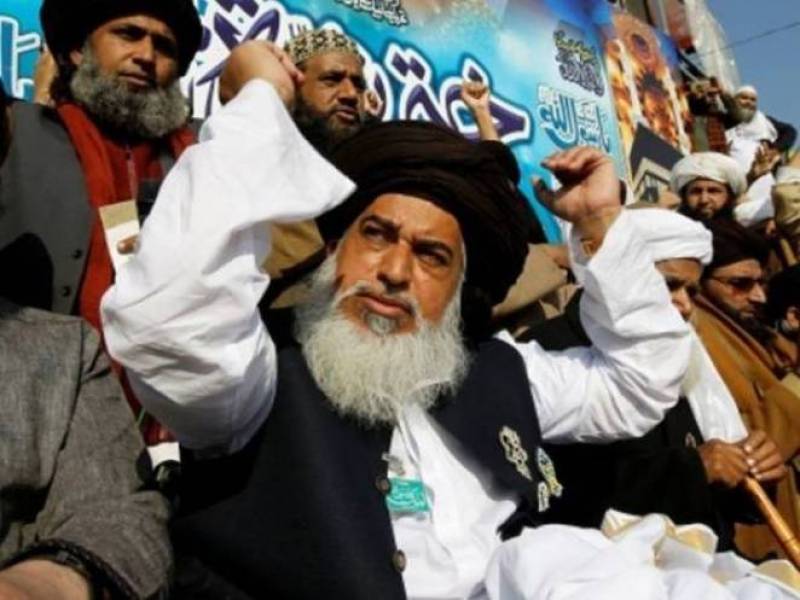 ISLAMABAD - The Supreme Court on Thursday reserved its verdict in a suo moto case against the sit-in staged by the Tehreek-e-Labbaik Pakistan (TLP) at the capital city’s Faizabad Interchange last year.

In November 2017, the apex court had taken a suo motu notice of the three-week long sit-in, which was held against a minor yet grave change in the finality-of-Prophethood oath for the amended Elections Act 2017 - later termed by the then-PML-N government as a clerical error.

The case refers to TLP’s violent protests in 2017, its party registration, political legitimacy and the role of state institutions in the face of violence and threats by the religio-political party and in the aftermath of the demonstrations.

The protests and sit-in at Faizabad Interchange by TLP workers lasted for three weeks until an agreement was reached with the government on November 27, 2017. The 21-day-long sit-in, which had virtually paralysed the federal capital, was called off after protesters reached an agreement with the government according to which then Law Minister Zahid Hamid also tendered resignation.

About 200 people were injured when security forces tried to disperse an Islamist sit-in at the Faizabad Interchange - a key highway. Several deaths were also reported.

About 8,500 elite police and paramilitary forces took part in the operation to clear the Faizabad Interchange. The crackdown was later suspended.

ISLAMABAD - The Supreme Court of Pakistan has expressed displeasure over the absence of the Attorney General of ...

Contempt of court notice to AGP

At the outset of the hearing earlier today, Justice Qazi Faez Isa issued a contempt of court notice after he was informed that that Attorney General Anwar Mansoor Khan was not in court and instead attending a meeting of the Economic Coordination Committee.

The AGP, however, did appear but was late.

During the last hearing on November 16, the AGP had also failed to appear before the court at which Justice Isa had expressed anger and questioned the government’s seriousness in pursuing the case.

As a two-judge bench headed by Justice Mushir Alam resumed hearing the case Thursday, the deputy attorney general informed, “The AGP is attending a meeting of the Economic Coordination Committee (ECC).”

To this, Justice Isa inquired, “Is the AGP an economic expert? What work does he have in an ECC meeting? Is the AGP the biggest law officer of the state or the prime minister’s personal servant?”

“We are issuing a contempt of court notice,” Justice Isa said.

“The attorney general and all judges are the servants of the state. Even the Inter-Services Intelligence’s (ISI) chief. Is the prime minister above the SC?” he pointedly questioned.

“The prime minister asked him and he went off. The AGP should have excused himself and informed the premier that he has to appear before the court,” Justice Isa further remarked.

“Pakistan is not enough for the AGP,” he added.

‘TLP could be stripped of election symbol’

Later, when the AGP appeared in court, he informed the bench that the far-right political party could be stripped of its election symbol, without which it cannot contest for any seat.

Justice Isa told the attorney general that the TLP is registered in the name of a Dubai-based person, possibly wondering if the case could fall under the dual nationality rule.

“Nicop (National Identity Card for Overseas Pakistanis) is for Pakistanis living abroad,” the attorney general explained. “A person holding a Nicop is not a dual national.”

The attorney general further said that while "peaceful protests is everyone's right, action can be taken where threats are issued and provocations are made". 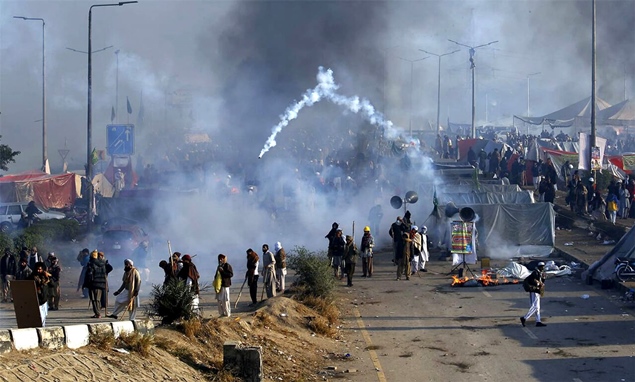 In the same hearing, the court had rejected each one of the reports submitted by the Inter-Services Intelligence's (ISI), the Election Commission of Pakistan (ECP) and the Pakistan Electronic Media Regularity Authority (Pemra).

The ISI and Pemra submitted new reports in the court today.

In the last hearing, the SC bench had grilled Pemra Chairman Muhammad Saleem Baig regarding a blackout of TV news channels that had taken place during the sit-in last year.

Pemra counsel Hafiz Ahsan denied in court today that the regulator had issued instructions to cable operators to shut down Geo News, a private media outlet. "The cable operators were simply told to follow the law," he said.

"[Then] what disciplinary measures were taken against the cable operators?" Justice Isa enquired, to which the Pemra counsel said that fines up to Rs1 million could be imposed.

Expressing his dissatisfaction, Justice Isa replied: “I will write that no corrective action was taken.”

"We are now living in a controlled media state. ‘Shut this channel, shut that channel' ... have we now become a nation of liars? Channels were shut from morning till evening, yet the Pemra did not know. No one felt any remorse."

Rejecting PEMRA’s report, the judge questioned its credibility and jibed that it seems to be another “honour” for the authority.

“You want to shut down channels that do not bow down to you. Is that freedom of speech? Is this the Pakistan we gained independence for?”

He concluded that PEMRA chairman does not have the courage to enforce the rule of law.

On Tuesday, the top court had ordered the Election Commission of Pakistan (ECP) and the federal government to explain why TLP continues to remain a registered political party, as it issued a detailed interim order in the suo motu case.